What SOX Should a Bank Be Wearing? The Differential Impact of Sarbanes-Oxley on Privately versus Publicly Held Banks 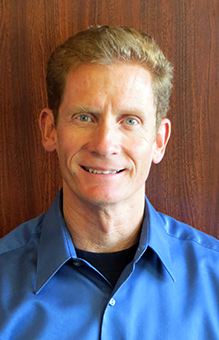 This project is an empirical examination of the impact of the Sarbanes-Oxley Act (SOX) on the performance of banking institutions. To the extent that there are compliance costs associated with SOX, such as increased auditing and accounting expenditures, one argument is that SOX places an unnecessary burden on adopting banks, thereby negatively impacting their performance. Conversely, others may argue that SOX improves financial statement comparability and reduces earnings management. We propose testing the effects of SOX on three groups of banks: (1) publicly-traded banks that must comply with SOX, (2) privately-held banks that at least partially adopt SOX practices voluntarily, and (3) privately-held banks that do not adopt SOX. In doing so we test the pre- and post-SOX effects on the short- and long-term performance of various size banks, which have varying levels of commitment to SOX regulation.

The specific aim of this research is to examine the effects of SOX on the performance of banking institutions. Publicly traded banks are required by law to follow SOX, while privately held banks are not. While financial data for privately held, non-banking companies is generally unavailable, the Federal Deposit Insurance Corporation (FDIC) requires all banks, whether publicly traded or privately held, to submit detailed quarterly financial statements. The FDIC posts this information on their website for public review. We intend to exploit this data to analyze the differences in performance between publicly traded and privately held companies subsequent to a major change in regulation. More specifically, this project presents an opportunity to understand the effect of major regulation on the short- and long-term performance of banks across two dimensions: size and ownership structure. Larger banks, relative to their smaller cousins, may have economies to scale that allow them to more economically comply with the SOX requirements. If true, and if these economies of scale are significant, we should see this differential manifest as marginal performance differentials between small and large banks subsequent to enactment of SOX. Similarly, privately held banks that do not adopt SOX are not subject to the costs associated with implementing the regulation. If implementation costs are significant, non-adopting banks should enjoy a marginal performance differential over banks that do adopt SOX. We aim to rigorously examine the data for evidence of these differential impacts of SOX.

In allocating capital to individuals and business, America’s banking system is obviously a key component of the capitalistic economic system. This is not a trivial matter because the health and performance of banking institutions is critical to economic development. Banking institutions, by offering credit, play a vital role in supporting both the creation of new ventures and the operations and growth of existing ventures.

While any single small bank is not important for the continuing vitality of the banking system, each bank may be vital to the community it serves. Well-intended regulations whose costs of compliance tend to differentially, if unintentionally, impact such a bank’s performance will tend to have detrimental effects on the communities in which they operate. While anecdotal and survey-based studies provide important viewpoints, a rigorous empirical study would be more likely to sway legislators when considering regulations such as SOX.