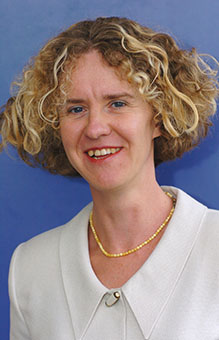 The research project will investigate links between health insurance coverage choices and entrepreneurs’ wealth, risk tolerance, sources of financial information, and other financial and demographic factors. Data from the Federal Reserve Board’s Survey of Consumer Finances will be used from a span of years including before and after the introduction of the Affordable Care Act, allowing us to study the impact of the act on entrepreneurs’ health insurance choices.

In this time of political discussions about the Affordable Care Act (ACA), the proposed research will explore the issue of health insurance coverage and entrepreneurship. It will investigate entrepreneurs’ choices of health insurance and how these choices depend on entrepreneur’s wealth, savings, risk tolerance, sources of financial information, and other financial and demographic factors. The project will also explore reasons for not electing to be covered by insurance and how the coverage is paid for.

The project will explore an array of research questions about health insurance and entrepreneurship. It will develop hypotheses that incorporate factors influencing the entrepreneurs’ decision to acquire insurance and the type of coverage (e.g. health insurance exchange, employer-provided, school-provided, Medicare, Medicaid, union-provided). We will account for wealth, savings, risk tolerance, sources of financial information, marital status, and other financial, human capital, and demographic (e.g. sex, race, children) factors. For example, entrepreneurs who use financial planners or lawyers are expected to be more likely covered by insurance; however, this relationship may be moderated by entrepreneurs’ wealth or risk tolerance. How the described above relationships are affected by who pays for the insurance coverage (e.g. self, spouse, former employer, government) will also be investigated. The final set of hypotheses will study reasons for not being covered by insurance (e.g. too expensive, don't believe in health insurance, not much sickness in the family, haven’t gotten around to it) and the role of the above factors. These hypotheses will be investigated separately for different types of entrepreneurs, as the choice of health insurance coverage may depend on being self-employed as a primary job, owning a business (or a share of one), having an active management role in the firm, or having a full-time wage-earning job and running a business as a hobby.

The rationale and economic basis

The Patient Protection and Affordable Care Act (commonly known as the Affordable Care Act or ACA), amended by the Health and Education Reconciliation Act was signed into law by President Obama on 23 March 2010. Full implementation occurred on 1 January 2014, when the ACA required all Americans to buy health insurance or pay a fine (the fine started at $95 for an individual in 2014 and went up each year until 2016, when the fine was the largest of the following two: $695 or 2.5% of a person’s annual income). At that time, exchanges began to operate, the Medicaid expansions took effect, and the individual and small-employer group subsidies began to flow. On 1 May 2014, the US Department of Health and Human Services announced that more than 8 million people enrolled in a health insurance plan during the first Open Enrollment Period.

On 8 November 2016 Donald Trump was elected to be the next president of the United States. One of his main agenda items was a repeal of President Barack Obama’s landmark health care law. Consequently, on 20 December 2017, the tax penalty associated with the individual mandate was removed by GOP’s tax bill (effective in 2019). Clearly, the ACA was a turning point in the U.S. public health policy. Fully implemented, it was expected to result in health insurance coverage for about 94% of the American population, reducing the uninsured by 31 million people, and increasing Medicaid enrollment by 15 million beneficiaries (Rosenbaum 2011). However, the current administration’s intent to repeal the ACA or replace it with an alternative could have substantial effects on coverage, access to care, and on the public health system. A simple repeal of the ACA would return health insurance coverage to more or less where it was before the ACA’s passage, when 16% of Americans were uninsured (Glied & Jackson 2017).

In order for legislators to make informed decisions about the future of the ACA, it is crucial for researchers to provide information on patterns of insurance coverage for specific groups within the population. Entrepreneurs are thought to play a vital role in the economy and may be especially impacted by the changes in health insurance public policies.

The importance of the regulatory/policy issue

Entrepreneurs are thought to play a vital role in the economy. They are touted as a primary driving force behind employment creation, technological advancement, innovation, creating change, intensifying competition, and overall economic growth (Wennekers & Thurik 1999; Carree & Thurik 2003). Also, entrepreneurship occupies an iconic place in American public policy debate, and political leaders of both parties routinely voice their support for the sector (Gale & Brown 2013). A number of economists propose that the key obstacle to economic growth is the insufficient level of entrepreneurship and see entrepreneurship as having some public good characteristics (Hausmann & Rodrik 2003; Iyigun & Rodrik 2004). As explained above, the ACA has the potential to affect many Americans. Medical care is expensive but often essential for maintaining one’s health, and medical debt was found to be the strongest contributor to consumers’ bankruptcy filings (next to credit card debt; Domowitz & Sartain 1999). It is important to know how the patterns of insurance coverage depend on entrepreneur’s wealth, risk tolerance, sources of financial information, and other factors. Equally important is understanding different reasons behind not choosing health care coverage at all.

The employer-provided health insurance may result in an entrepreneurship ‘lock effect’: workers insured through their employers are reluctant to enter into self-employment because they do not want to lose coverage (Holtz-Eakin et al. 1996; Fairlie et al. 2011). Thus, most of the previous literature focused on the effects of changes and provisions of health insurance coverage on the decision to become or end self-employment. Additionally, an emerging body of literature have attempted to examine the specific effects of the ACA (Bailey 2017; Heim & Yang 2017; Barber III & Kavoori 2018). However, no study has yet examined the impact of wealth, savings, risk tolerance, sources of financial information, and other financial and demographic factors on entrepreneurs’ decision to buy health insurance and their choice of coverage. Moreover, no previous study examined how these factors changed before and after the introduction of the ACA. Only after we understand reasons behind entrepreneurs’ choices, we can fully understand changes in behaviors caused by public policies such as the ACA.

The results of this research will show differences in entrepreneurs’ decisions about health coverage resulting from various factors. Knowing the reasons behind not obtaining health coverage and how these depend on socio-economic, financial, demographic, and other factors will inform public policy makers on how different population groups are affected. By examining data before and after the introduction of the ACA, the proposed study will uncover the differences in entrepreneurs’ behavior regarding health insurance under the requirement to purchase such coverage. The study will examine the impact of wealth, income, savings, risk tolerance, sources of financial information, and other financial and demographic factors. It will provide a more refined understanding of health insurance purchasing decisions which may directly influence policy. For example, knowing that these decisions depend on the sources of financial information entrepreneurs use may be a signal that public policy aiming at financially education is desired. Bernheim et al. (2001) reported that the majority of states have adopted consumer education policies, and a sizable minority have mandated that high school students receive instruction on topics related to household financial decision-making.

How the research fits into the IRAEA mission

The proposed research analyzes regulatory economics as applied to entrepreneurship. It will inform public policy debate about impacts of ACA and on the choices entrepreneurs make regarding health insurance coverage. Thus, it fits well into the IRAEA mission.