Gaines 101 is among the largest classrooms on the MSU Campus. Social distanced capacity is about 100 students, but without social distancing, the room seats 300 students. 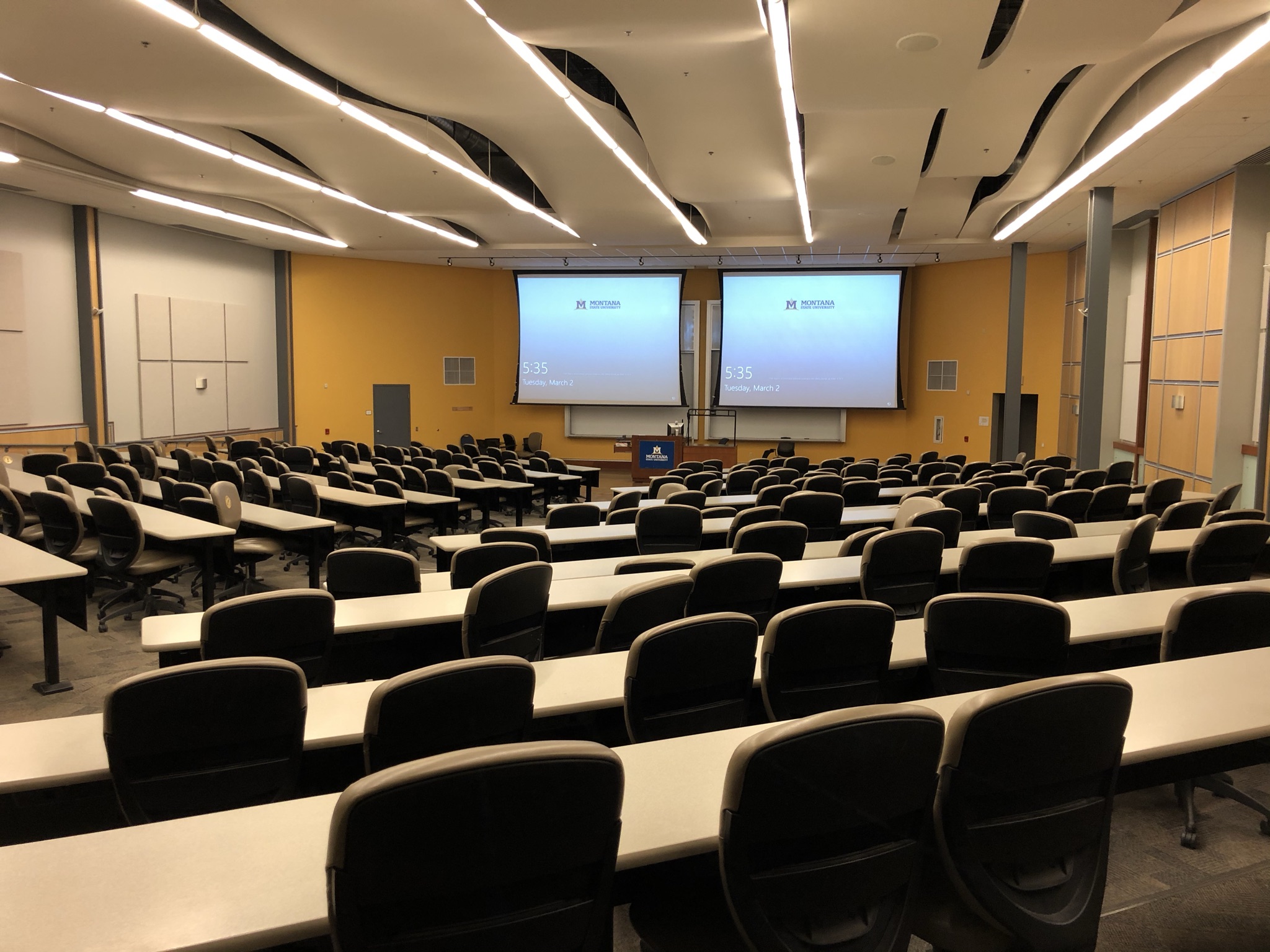 The room is arranged as a conventional lecture hall, with a large instructor area on the west side flanked by two large projection screens mounted overhead. Students are seated in individual wheeled chairs behind rows of fixed countertop tables.

The floor of the hall is stepped up gradually from west to east so that the back (east) end of the room is higher than the front (west) end. 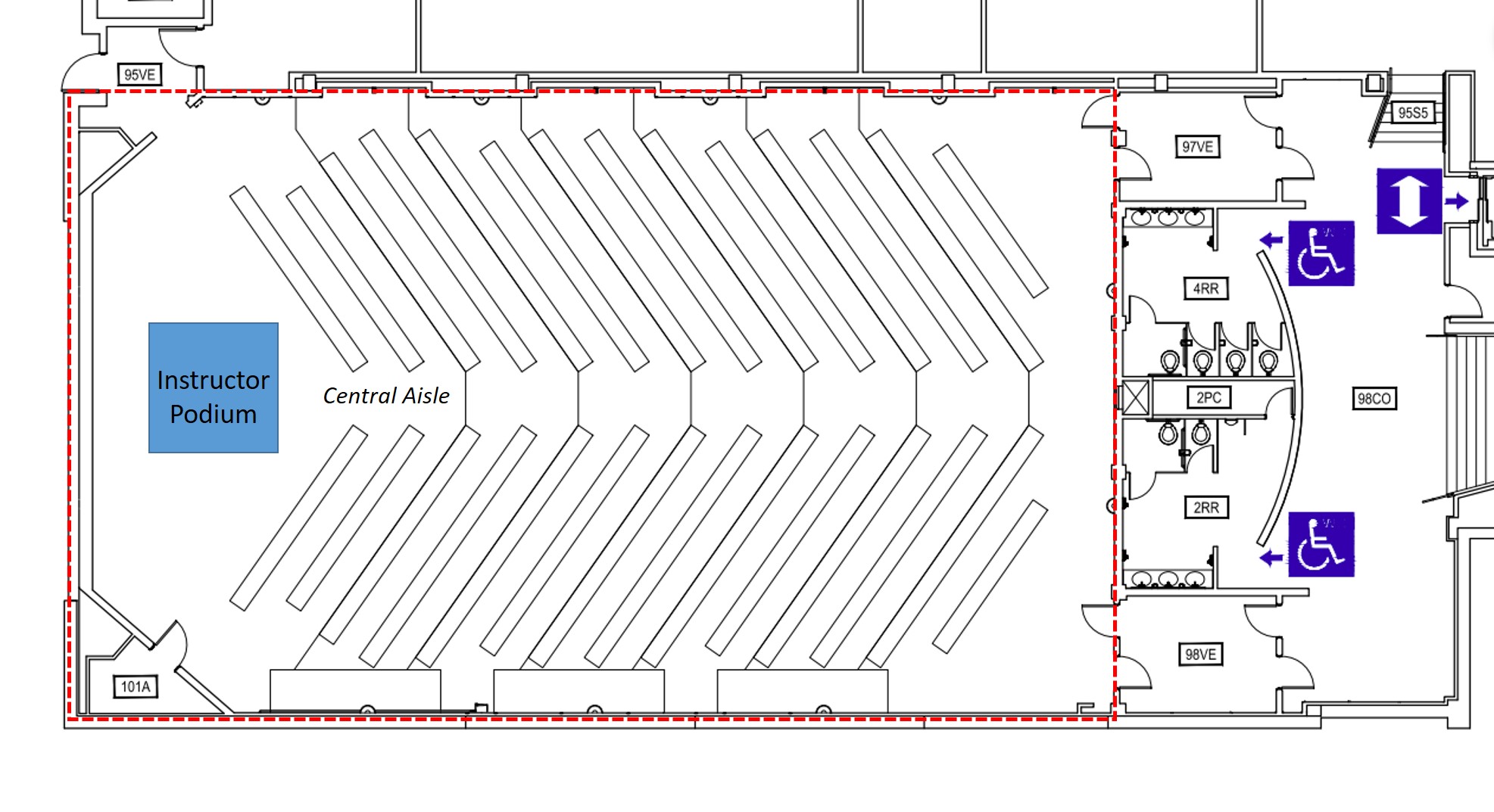 As a large conventional lecture hall, the instructor podium is located centrally in the front of the room. Although whiteboards are provided, most instructors find that students beyond the first few rows will have difficulty seeing whiteboard text and diagrams. Instead, instructors generally use the two large overhead display screens for visual information.

View of classroom from Podium: 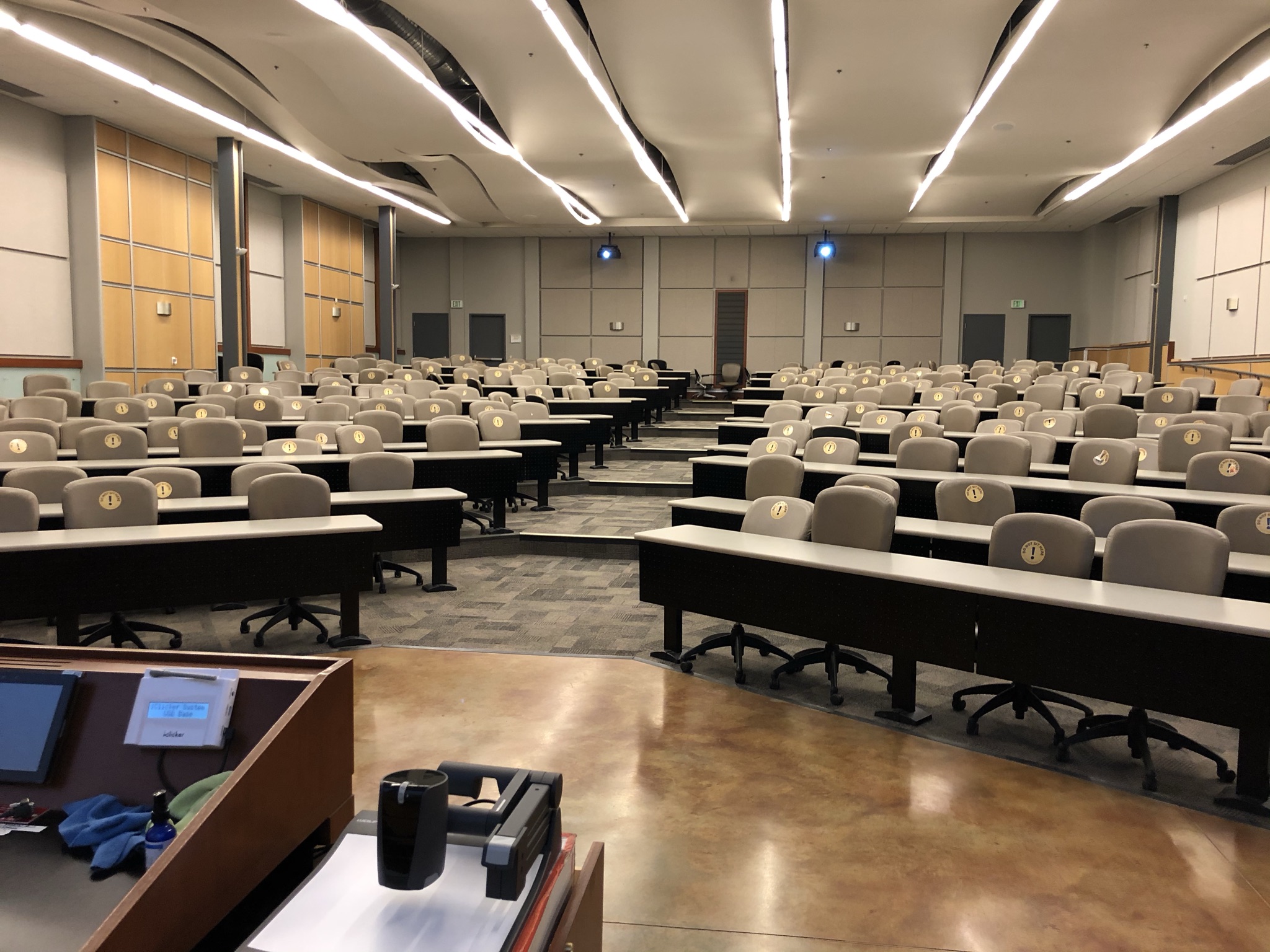 The podium is equipped with a computer and display for the instructor's use.  The podium also has a document camera and a large demonstration table with an overhead camera. Wired connections are provided for a carry-in laptop computer or other device (VGA or HDMI). The podium is also equipped with a ShareLink wireless interface, allowing a wireless connection from the instructor's laptop, pad computer, or mobile phone. 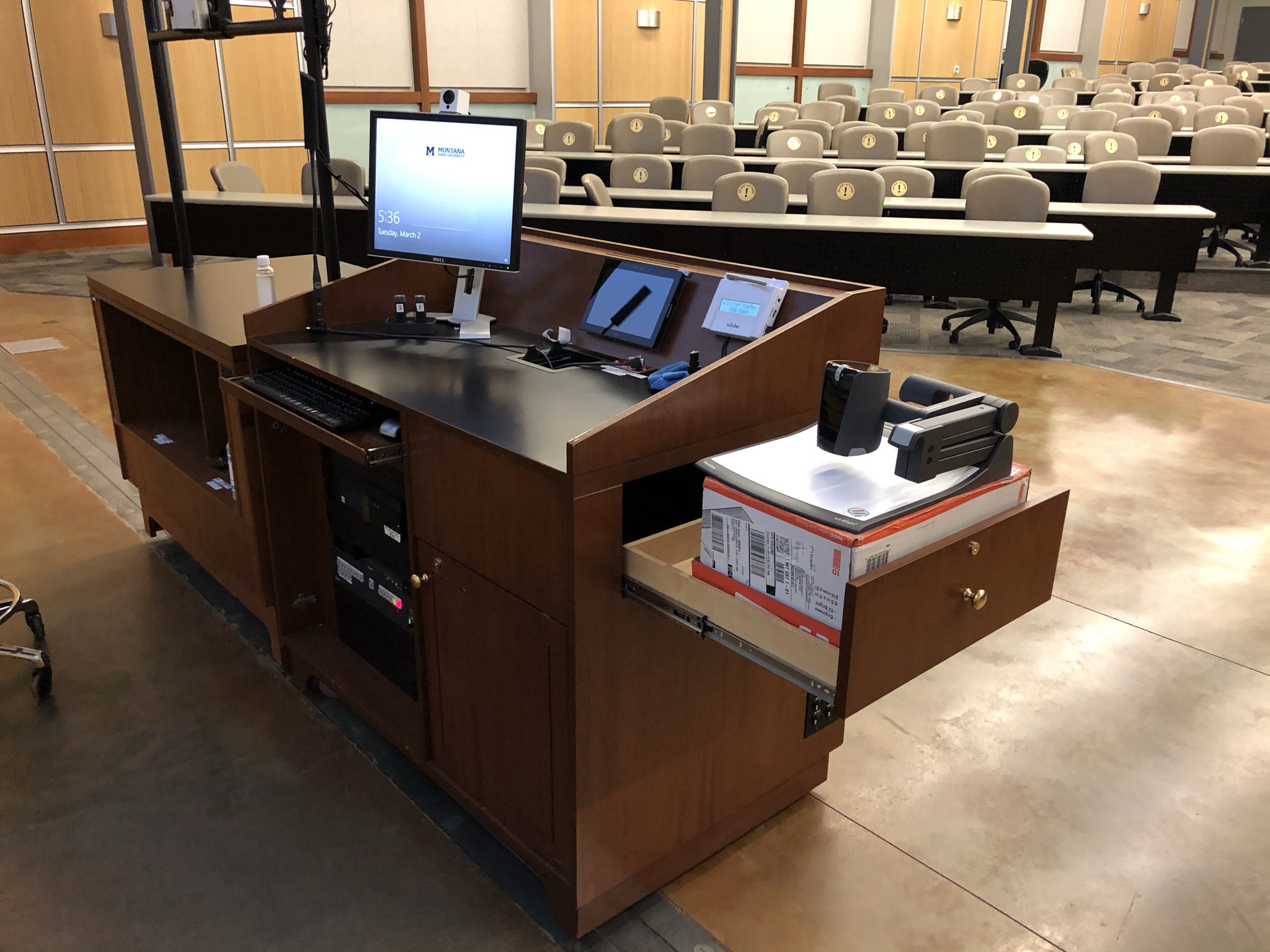 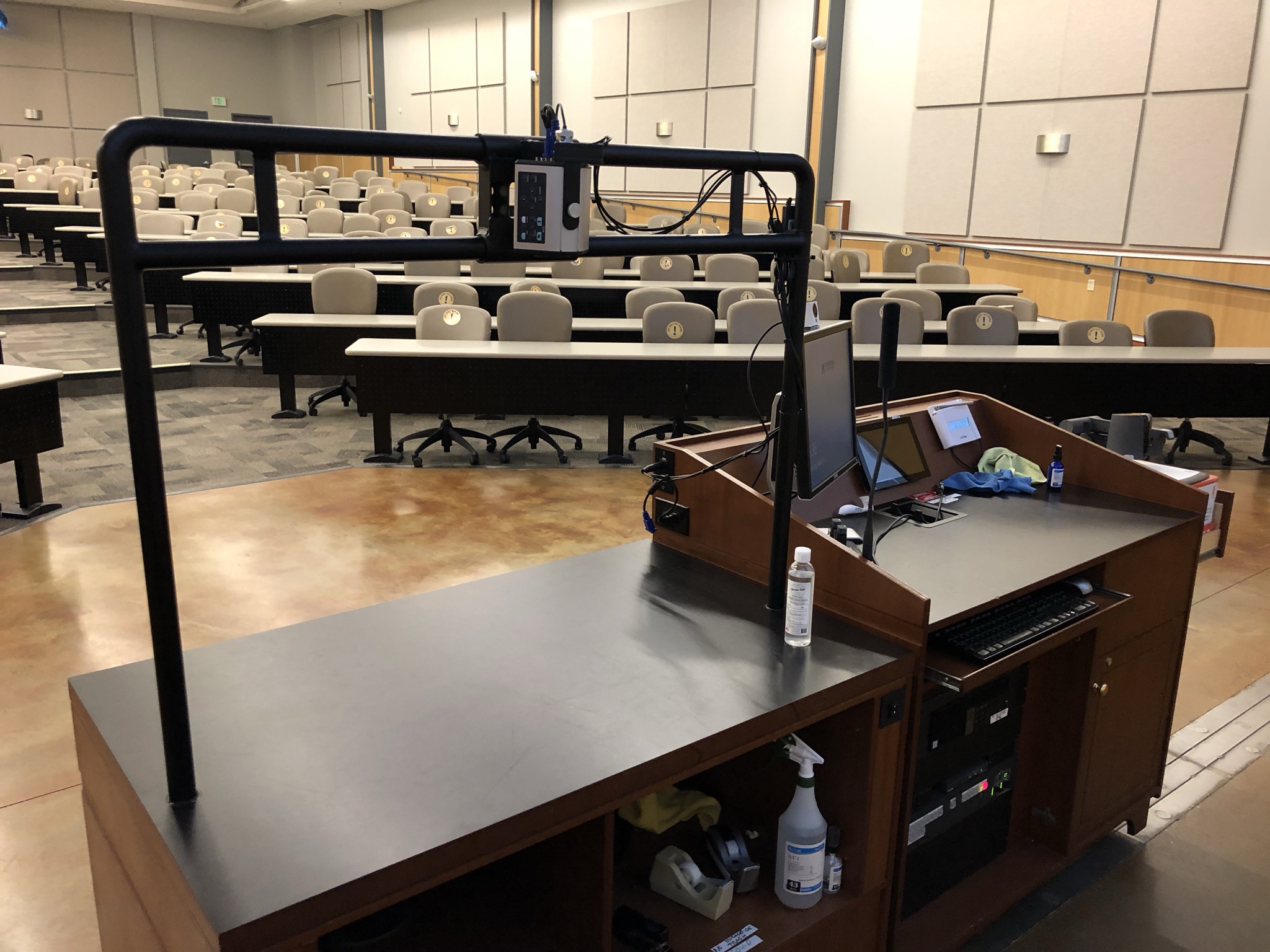 Gaines 101 has dual projection capability, which allows different material to be shown simultaneously on the two display screens. For example, one screen can display a PowerPoint slide from the podium computer while the other screen displays a document camera view or an image from a laptop computer or other mobile device. 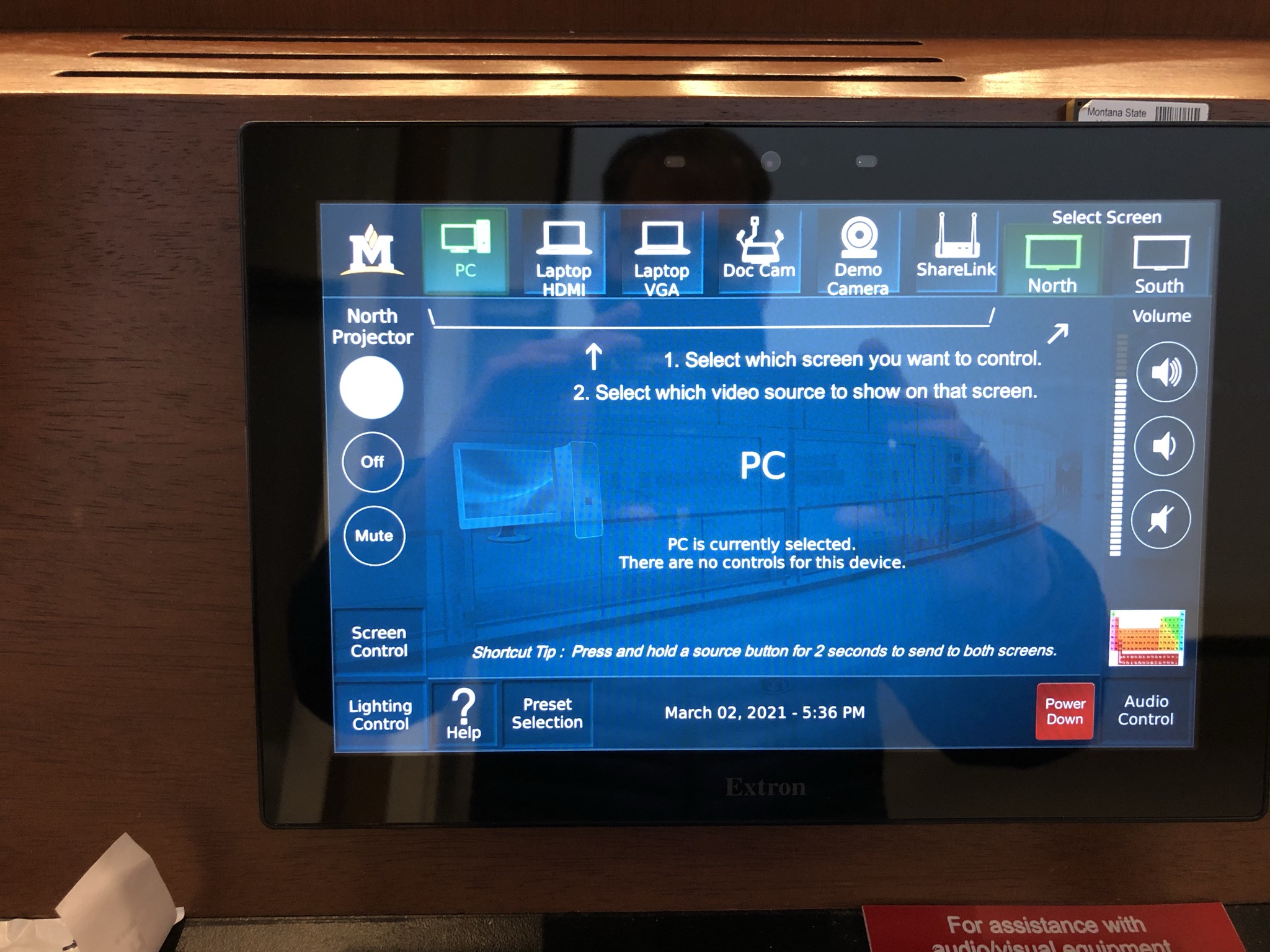 Since this is one of the largest classrooms at Montana State University, instructors must anticipate the challenge of trying to keep as many as 300 students simultaneously engaged in learning.