History of the "M" 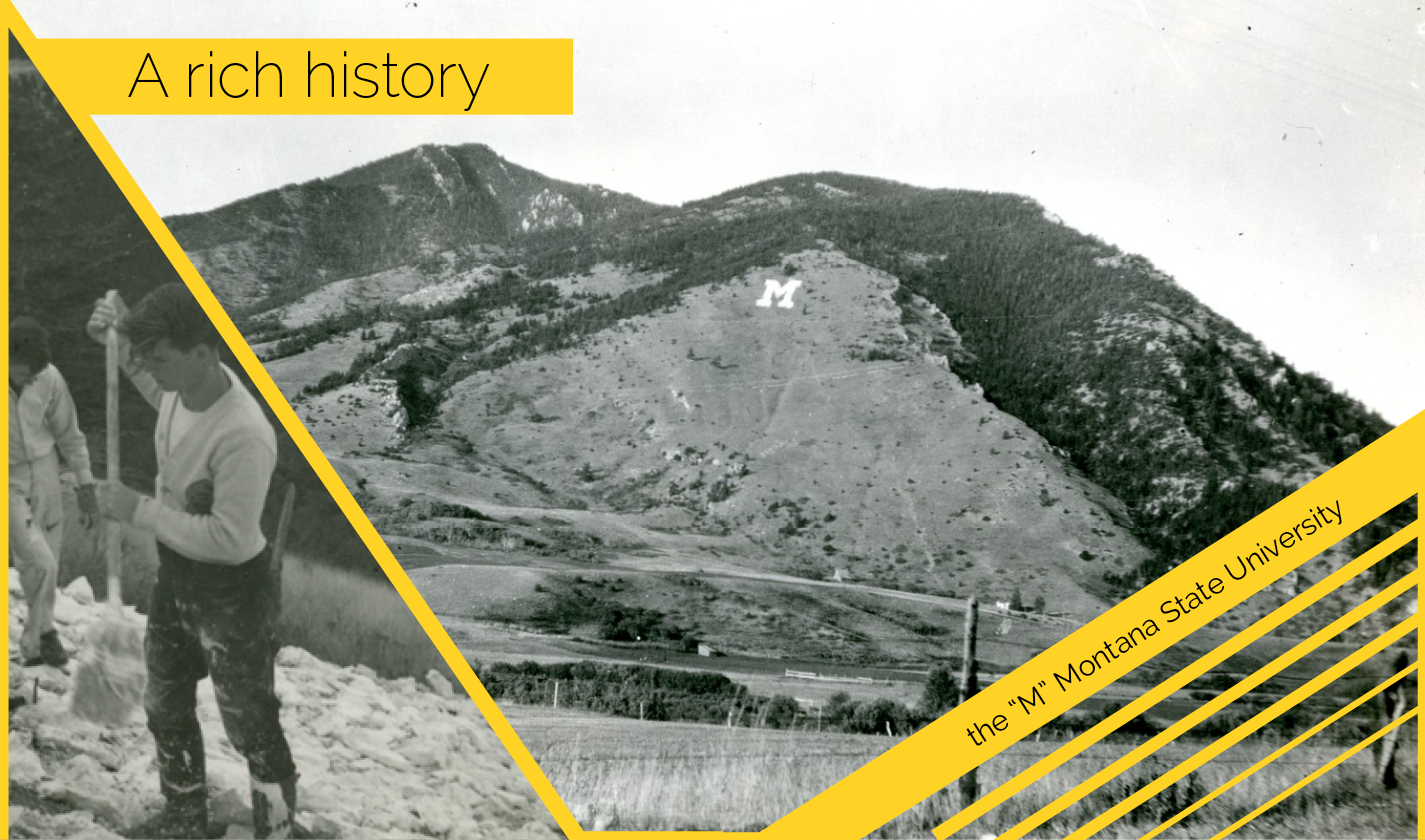 Early in the fall of 1915, some engineering students at Montana State College conceived the idea of constructing a huge "M" on some adjacent mountainside within full sight of the college and town.  The purpose of this undertaking was two-fold; first, to leave the college an enduring monument to the loyalty of the class of 1918 and second, to perpetuate the name of the class of '18 and to set an example of achievement for the classes in years to come.

A preliminary survey revealed that the most available site for the "M" was on Old Baldy, in plain sight of the town and the surrounding country.  The committee of five appointed to layout the letter toiled up the steep slop one morning with transit and tape.  After taking a few sights and engaging in much calculating and discussion, they set the stakes for the outline of the letter.

A week later, the Sophomores were granted a holiday and nearly sixty men made the trip to the Fish Hatchery on bicycles,  in buggies and automobiles.  Each man busied himself with carrying the slabs of stone, which lay thick on the mountainside, and placing them on the "M".  The outlines as marked by stakes, set by the survey party, were first filled in with larger rocks and then material of all sizes was dumped inside to fill in the letter.  Late in the afternoon, automobiles brought out the girls of the class, who had been laboring all morning with no less spirit than their classmates on the hill, to prepare the evening meal for the toilers.  The entire class gathered around a big bonfire in one of the picnic groves of Bridger Canyon and feasted and frolicked several hours before returning to the city.

The next spring, the class decided to complete the letter, and May 8th saw the Sophomores staggering up the mountain loaded with pails of water, lime and other equipment.  The morning was spent filling in the letter with rock.  As soon as a section of the letter was completed, the whitewash gang took possession and proceeded to lay on a thick coat of substantial whitewash with a spray pump, while a crew carried water and lime up the mountain.

The "M" is constructed entirely of limestone rocks and boulders carried by hand from the surrounding mountainside and laid in position.  The size of the letter cannot be conceived without an actual visit to the mountainside.  The "M' is two hundred and forty feet high and one hundred feet across the legs, with blocks measuring forty by ninety-six feet.
-- Taken from the 1918 Montanan