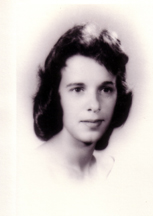 The Betty Coffey Award honors the memory of an outstanding teacher and pioneering professor at Montana State University.

Betty was born in Buffalo, NY, and earned a degree in mathematics from Daemon (formerly Rosary) College. She and husband Jerry, also a math major, became parents of a daughter, Bridget, and a son, Dennis. Betty taught high school math near Rochester, NY while Jerry earned his Ph.D. in linguistics at SUNY Buffalo. Motivated by a love of hiking and the outdoors, they came to Bozeman, where Betty earned her M.S. in computer science in 1966.

Betty Coffey taught computer science in the College of Engineering from 1977 until her death in 1984 and was distinguished as the first woman ever to achieve tenure in the college. The award was created in 1986, and recognizes her considerable contributions to faculty development, teaching excellence and women's equity
at MSU.

Each year the Women’s, Gender, and Sexuality Studies Committee seeks nominations of faculty and staff who have demonstrated outstanding achievement in incorporating women's perspectives into the curriculum or developing academic programs that contribute to the elimination of persistent barriers to women's success at MSU. The award winner is honored at both the Women’s, Gender, and Sexuality Studies reception and the university's spring convocation.

Women from every college at MSU have been recognized with Coffey Awards. Several award winners have received the award for creating innovative courses that introduce students to women's issues from a variety of disciplinary perspectives. Other winners have been the instigators of important programs on campus that provide opportunities for women students to gain access to traditionally male disciplines and to broaden their educational and career opportunities.

Give to the Betty Coffey Award Fund

The Betty Coffey Award Fund was initiated through generous memorial gifts from friends and colleagues. Now we seek to raise the award fund to fully endowed status, ensuring that those who contribute to the significant advancement of women at Montana State University will continue to be honored by this annual recognition.

We ask you to consider a meaningful gift towards raising the fund's endowment to $25,000. A $5,000, 2-to-1 challenge gift has been committed. Additional gifts or pledges totaling $10,000 will meet this challenge and fully fund the Betty Coffey Ward Fund.

Ways to make a gift to the Betty Coffee Award Fund:

For more information, or to support the Betty Coffey Award Fund, please contact the Development Director for the College of Letters and Science: