Since 2012, Montana State University’s strategic plan “Mountains and Minds: Learners and Leaders” has been guiding decisions, resource allocation, and programming in pursuit of an even stronger university community. As we look back on the fourth year of the plan, we have much to be proud of: progress in all areas, even exceeding some targets ahead of schedule.

We also have work left to do. As we pass the halfway mark to 2019, we focus as a university on four priority objectives recommended by the Planning Council:

During the past academic year, we have been looking for ways to invest our resources in these objectives, not at the expense of other good objectives, but to shine a spotlight for a short while in order to make concentrated progress in these areas.

Please join me to reflect on the good work we have accomplished and to renew our efforts on what remains to be achieved. We have so much to celebrate! 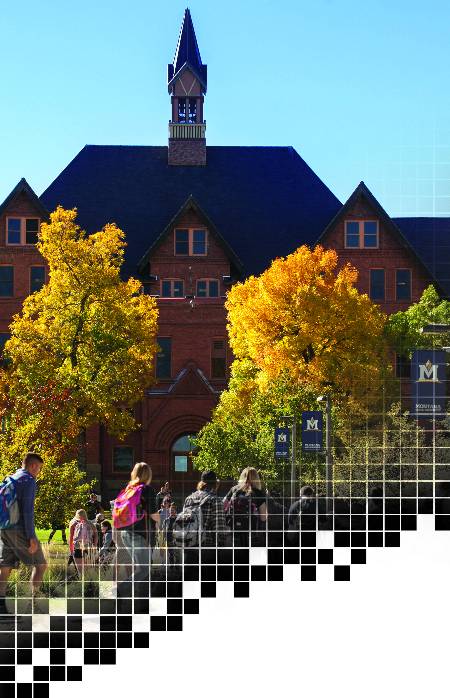 MSU has always prepared graduates to meet the challenges of tomorrow. Successful, sought-after graduates are part of our legacy, and preparing students is central to our mission. MSU students learn in the classroom, lab, studio and field, through a hands-on, student-centered curriculum that integrates learning, discovery, and engagement in and out of the classroom.

Two Montana State University students in the Jake Jabs College of Business and Entrepreneurship participated in an international business internship in Japan this summer that complements the college’s undergraduate curriculum and experience, as part of the Starzen Internship program. Carlee Benson and Alex Paterson, both seniors, traveled to Tokyo to participate in the experience, which is noted for its emphasis on cultural education and exchange.

The month-long internship is with the Starzen Company, Ltd., an international trading company and meat manufacturer located in Tokyo.

Thanks to MSU’s Bridges to the Baccalaureate summer program and the Montana Apprenticeship Program, the transition from the small tribal college or high school to the university will be easier for new students each fall.  Approximately 15 students, all American Indian or underrepresented minorities, spend the summer in a research lab working alongside Montana State faculty, then showcase their summer research projects at a symposium.  For Native American students, it can be daunting to leave the reservation, family, and familiar support systems.  The summer programs foster familiarity and confidence to make the transition, while building research skills and intellectual curiosity. 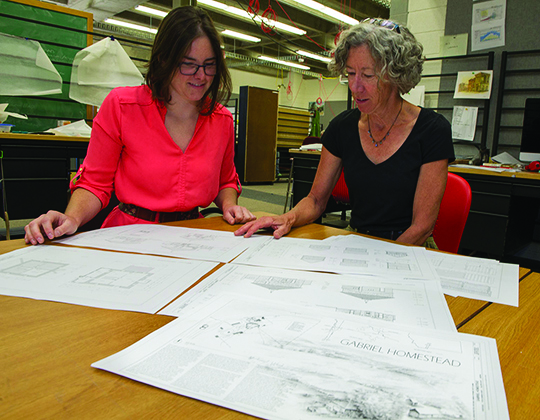 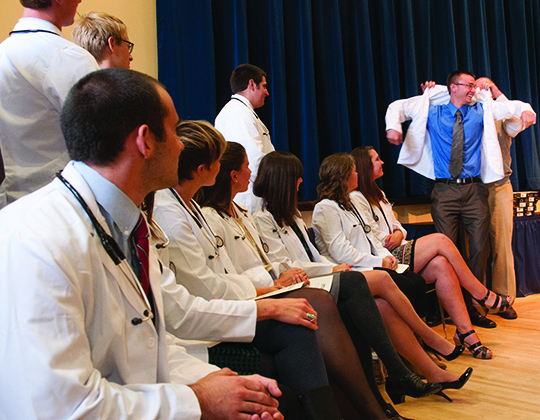 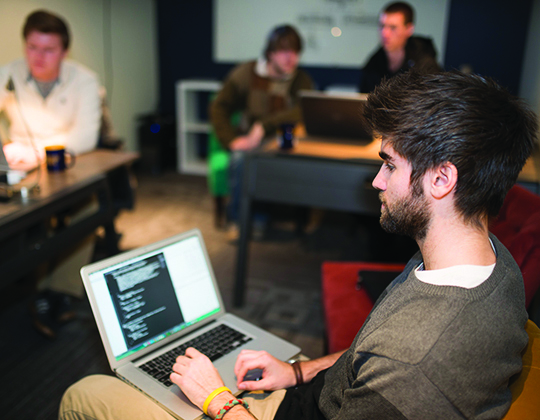 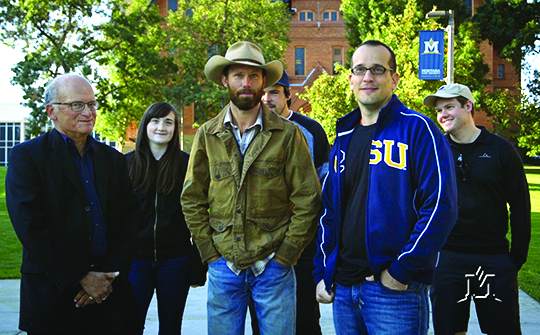 MSU faculty, alumni and students from the “Unbranded”  documentary crew. 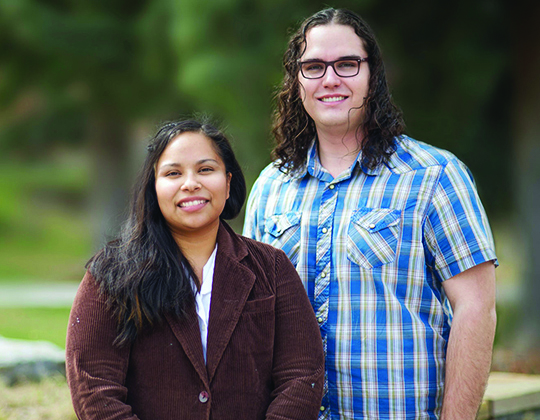 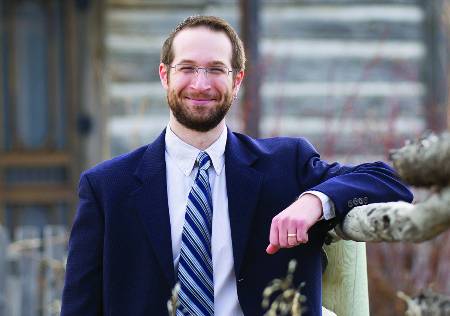 Innovative and significant research and creative activities are a recognized hallmark of MSU, where faculty, students, and staff all participate in the creation of knowledge and art.

Goal: MSU will raise its national and international prominence in research, creativity, innovation, and scholarly achievement, and thereby fortify the university’s standing as one of the nation’s leading public research universities.

Visitors to the Black (W)hole traveling exhibition are enveloped by a multimedia experience created by the MSU-heavy Einstein Collective. 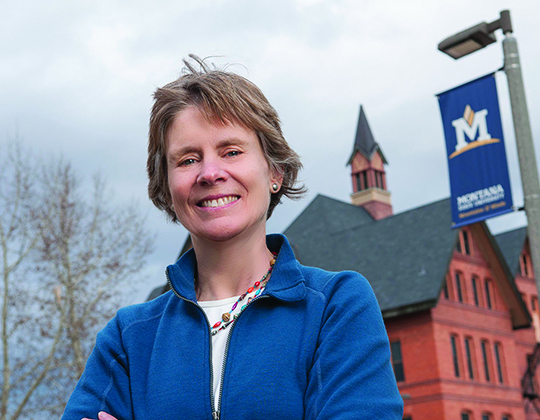 Cathy Whitlock, a professor of earth sciences, was selected for the 2015 Association for Women Geoscientists Professional Excellence Award in the Academic/Research category. 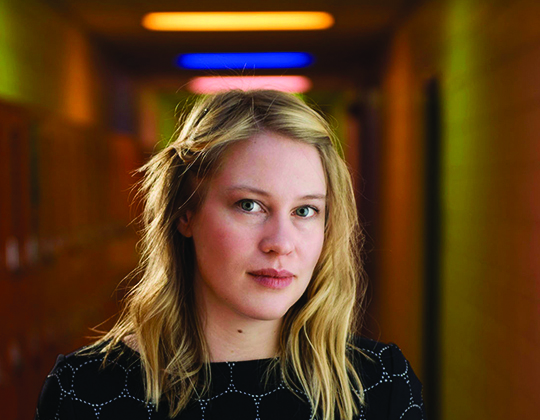 Art history professor Melissa Ragain will spend a year at Harvard University as a recipient of a 2016 Radcliffe Institute fellowship. 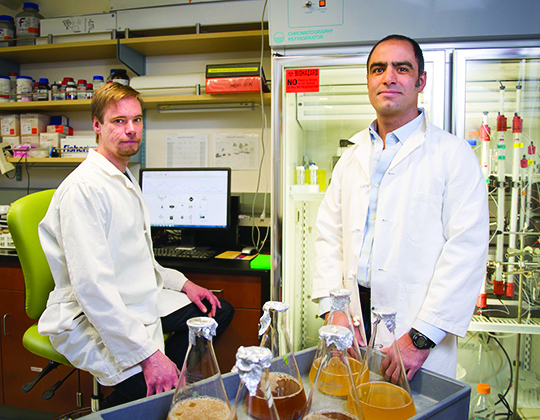 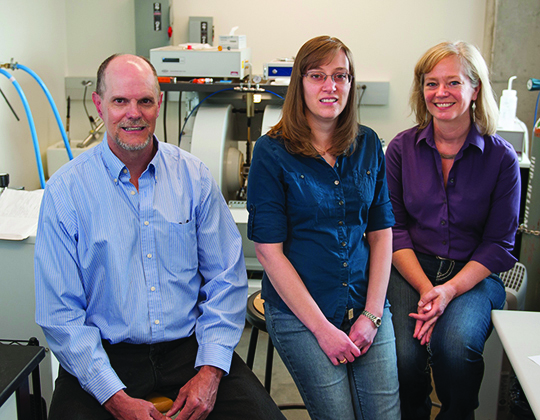 Will and Joan Broderick, a husband-wife team in the Department of Chemistry and Biochemistry, along with others at MSU and collaborators at Northwestern University, published their findings on a vital biochemical process in the May 13 issue of Science.

Engagement is the collaboration between MSU and its local, state, national, and global communities for the mutually beneficial exchange of knowledge and resources in a context of partnership and reciprocity (Carnegie Foundation, 2006). Engagement, a form of scholarship that bridges teaching, research and service, brings the university’s intellectual resources to bear on societal needs (Association of Public and Land Grant University’s Council on Engagement and Outreach).

Goal: Members of the Montana State University community will be leaders, scholars and engaged citizens of their local, national and global communities, working together with community partners to exchange and apply knowledge and resources to improve the human prospect. 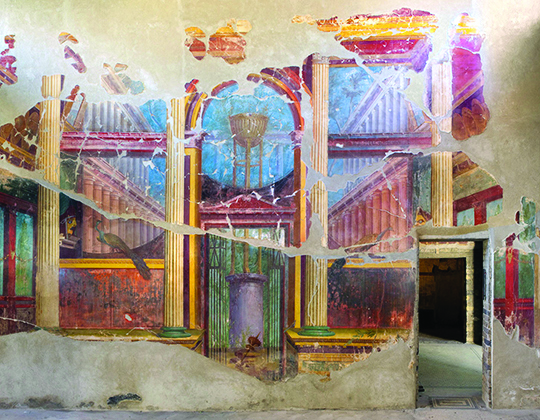 “The Villas of Oplontis Near Pompeii,” curated by art history professor Regina Gee, debuted at the Museum of the Rockies. Photo by Paul Bardagjy 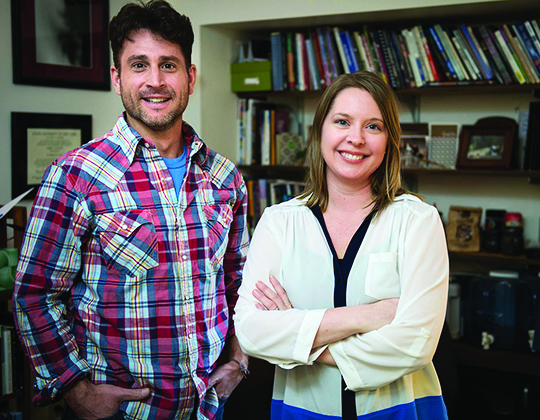 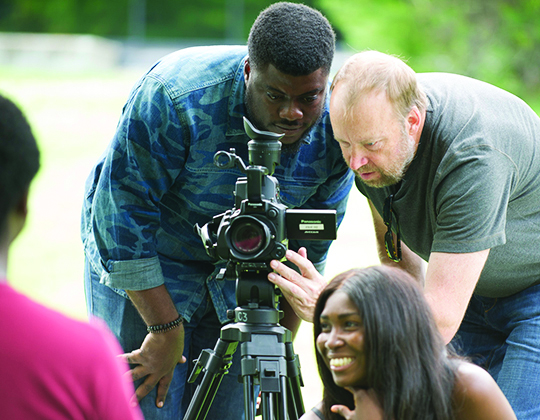 Theo Lipfert, film professor, works with Nigerian filmmakers while they learn documentary filmmaking as part of a month-long, Ford Foundation-funded workshop at MSU.

Integrating learning, discovery, and engagement is the marquee feature of the strategic plan. Traditionally, land-grant universities have educated students, conducted research and provided outreach to their communities and states. MSU has gone a step further by regularly integrating research and teaching, practicing service-learning, and combining research with outreach. With this plan, MSU now boldly defines the 21st century land-grant university as one where learning, discovery, and engagement merge seamlessly to the benefit of students, faculty, staff, and the wider community.

Goal: By integrating learning, discovery, and engagement, and by working across disciplines, the MSU community will improve the world.

Objective I.1: Increase the integration of learning, discovery, and engagement.
Objective I.2: Increase work across disciplines. 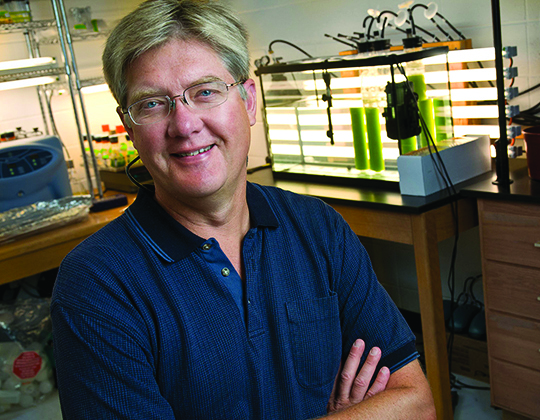 Brent Peyton and other MSU researchers will be expanding their investigations into how microorganisms thrive in the hostile conditions of Yellowstone’s hot springs. 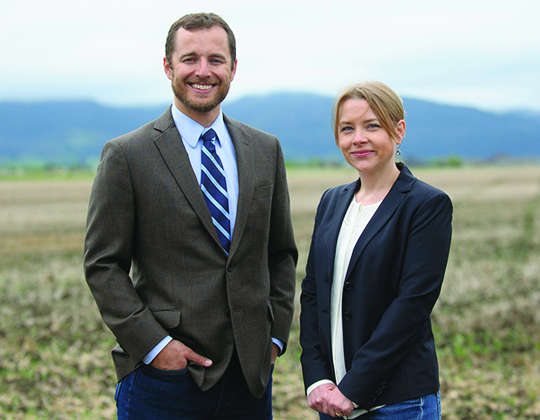 Kelly Knight and Colter Ellis, assistant professors in the Department of Sociology and Anthropology, have received a grant from the Montana Healthcare Foundation to research health disparities and victim service provider needs among American Indians in Montana. 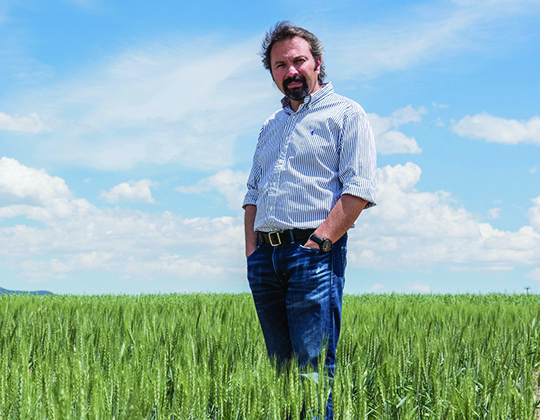 Hikmet Budak, MSU professor and Montana Plant Sciences Endowed Chair in the Department of Plant Sciences and Plant Pathology, recently collaborated with a team of international researchers on sequencing the genome of durum wheat, a staple ingredient in pasta. 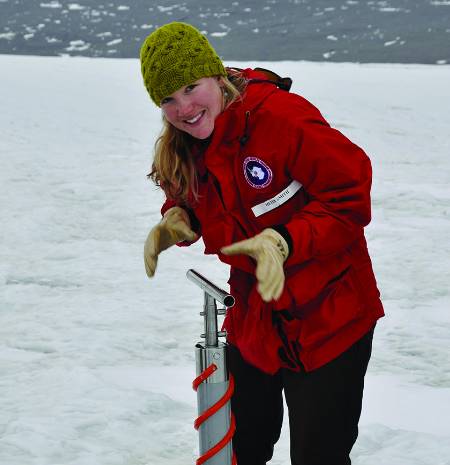 MSU-CBE doctoral graduate Heidi Smith was recently published in the journal Nature Biofilms and Microbiomes under the title “Biofilms on Glacial Surfaces: Hot Spots for Biological Activity.” The paper explains how bacteria may play a bigger role in the melting of glaciers than previously suspected.

Land-grant universities were established by Congress in 1862 with the explicit intent to educate the sons and daughters of the industrial classes. MSU continues to fulfill that intent, believing that education serves society as a whole through job creation, stronger civic participation, and a reduction in the societal costs borne by a less educated populace. MSU does not turn away qualified Montanans and will continue to provide access to a quality education for all students to improve the state and the well-being of its citizens.

Goal: Montana State University is committed to widening access to higher education and ensuring equality of opportunity for all.

Objective A.1: Educate more students while maintaining the quality of programs.
Objective A.2: Diversify the student body. 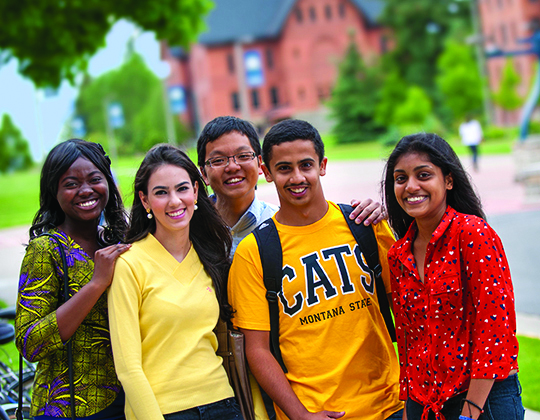 MSU is number 282 nationally in the number of international students on campus, according to research conducted by the Institute of International Education. 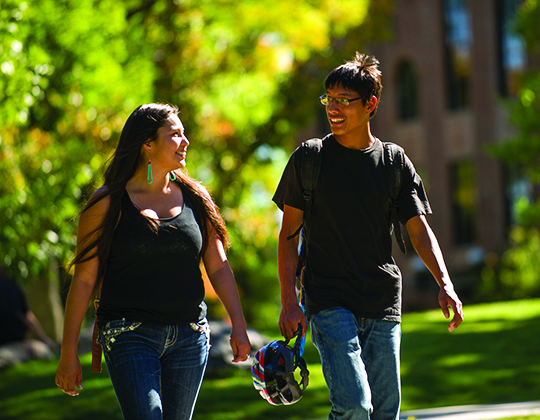 MSU was named to Indian Country Today’s “Hot List” of five universities Native students should check out because of the support and scholarships offered to Native students.

As a public institution, MSU recognizes and honors its obligation to the many constituents who invest their time, financial resources, energy, and support. MSU deeply values the public trust granted to it and is committed to continued good stewardship of its resources.

Goal: As steward of a land-grant institution, MSU will responsibly manage its human, physical, economic, and environmental resources in an open and sustainable manner. 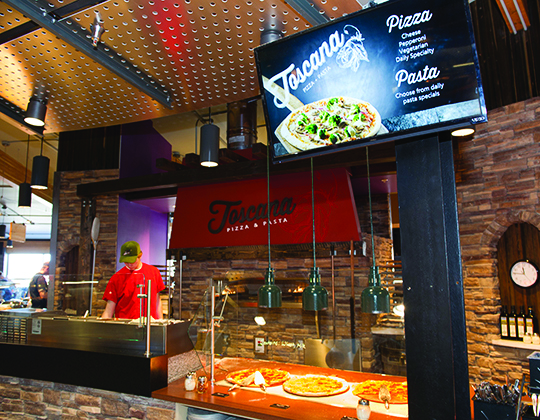 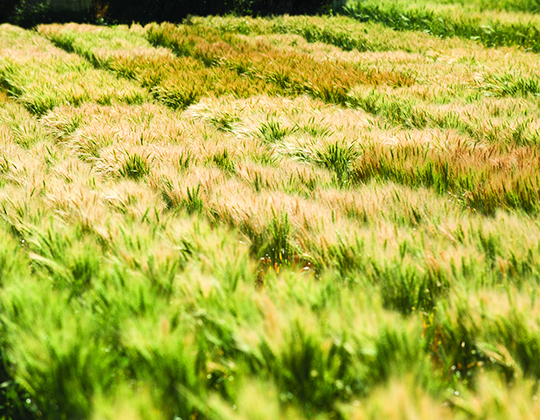 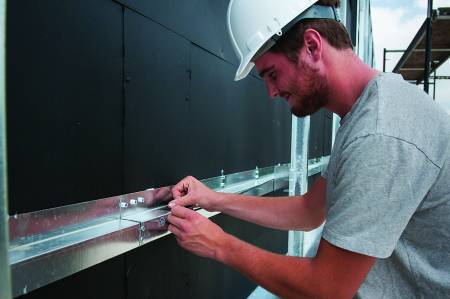 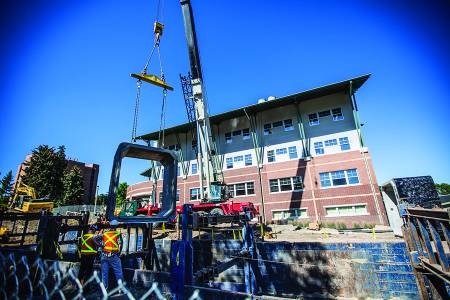 Work has begun on the heating infrastructure for the new dining hall to be built on the north side of campus.

MSU by the Numbers Return to Top Progress Report 2015 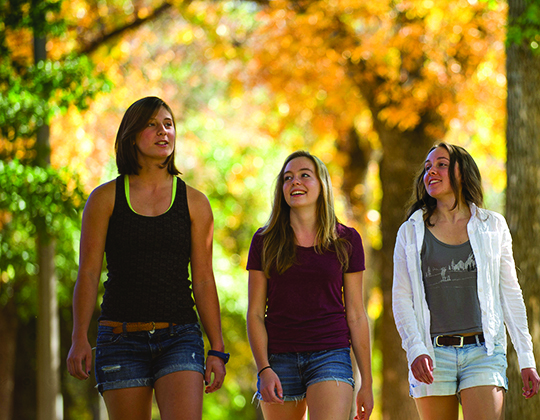