Improving the Dispersion of Cellulose Nanocrystals in Polymer Matrices

Cellulose nanocrystals (CNCs) have attracted great interest due to their biocompatibility, low density, abundance, large surface area, and high Young’s modulus (150 GPa) strength (10 GPa) in the composites. One of the main problems related to the use of CNCs as reinforcing agents is their high hydrophilicity and strong tendency to form aggregates in hydrophobic media. 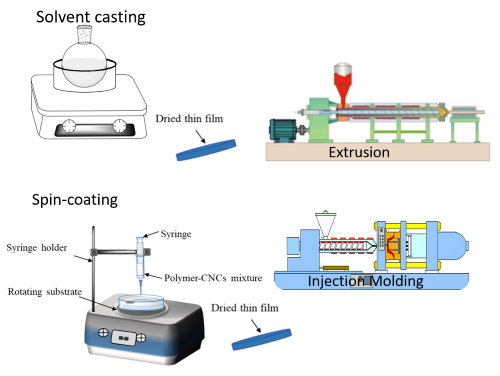 Schematic for solvent casting and spin-coating into a dried thin film to be used in extrusion or injection molding. 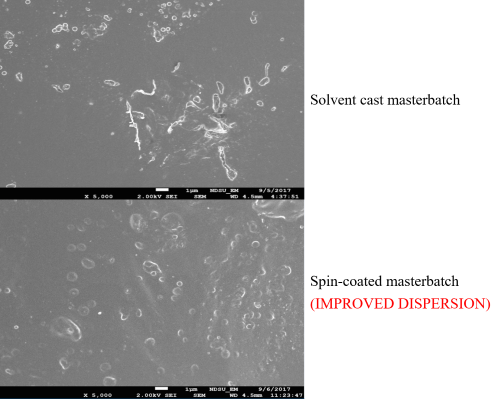 Cellulose Nanocrystals for Improving Mechanical and Thermal Properties of Polymers

Polymeric nanocomposites have attracted a lot of attention due to their outstanding potential to improve physical and mechanical properties of polymers. However, a major concern with synthetic thermoplastic polymers is that under high temperatures, they can decompose, catch fire and yield toxic gases. Flammability of polymers has been recognized as an increasingly important safety problem. There are 2.4 million reported fires, resulting in 7.8 billion dollars of direct property loss, ~30 billion dollars of indirect loss, 29,000 civilian injuries, 101,000 firefighter injuries and 6000 civilian fatalities annually in the U.S.

My research focuses on development of multifunctional cellulose nanocrystal (CNC) based fire retardant system (FR) for use in polymers. The CNCs are functionalized and impregnated with metal oxides and the resultant complex is incorporated into the petroleum based polymer. The preliminary results show improved fire resistance and mechanical properties due to charring and shielding or insulating of surface due to condensed and gaseous phase reactions initiated by CNC-metal oxide complex and reinforcement by CNC respectively. CNC-metal oxide complex is also expected to improve UV resistance and impart antibacterial properties in composites. 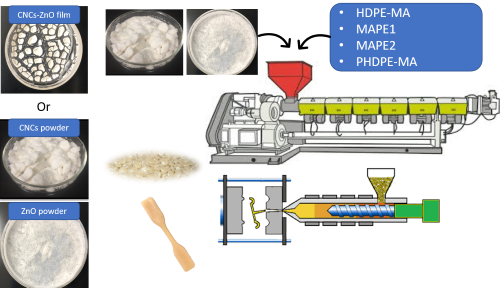 ZnO coated CNCs or separate ZnO and CNC powders are combined with a pelletized polymer for extrusion or injection molding. 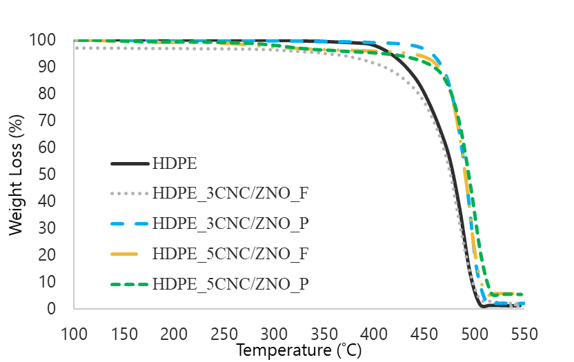