Planning and Carrying out Investigations

The purpose of the following activities is to engage teachers in the Practice of Planning and Carrying Out Investigations.  The emphasis is NOT on the activity itself, but rather the conceptual change related to the practice.  Consumers of the Toolkit are reminded to not get wrapped up in the activity, but rather continually reflect on the conceptual nature of the Practice to gain deeper understanding.  Two activities have been provided to engage in each Practice.

Student goal:  Design and build a Popsicle stick catapult to launch mini marshmallows across the room into a paper cup with accuracy.

Teacher goal: Give students goal, materials, parameters, and opportunities to plan and carry out discussions without assistance.

Once students understand the parameters of the phenomenon, have them write a PLAN, which includes, but is not limited to the following:

Students then carry out the investigation

*Show the “Punkin Chunkin’” video to give students an idea of what catapults looks like and to discuss failures, challenges, and perseverance.  http://www.sciencechannel.com/tv-shows/punkin-chunkin/videos/knockin-on-steel.htm

Using the Pringles Challenge, students could plan and carry out an investigation to create their pringles shipping container.  Emphasis needs to be placed on PLANNING and CARRYING out the investigation.  Using a medium agreed upon by the teacher, such as a narrative, oral report, presentation, etc., students create a plan.  The plan could include, but is not limited to the following:IntroductionNecessary materialsDescription of the data collectionTimeline of the investigation
Example of data collection strategy (tables, graphs, etc)

Students then carry out the investigation and share the results.

The following activity has been used with undergraduate students.  The purpose of its inclusion here is to show a model of how to engage learners in the planning and carrying out investigations practice.

Your Data Collection Method Report will consist of the following sections:

* Should be one of the methods described in Chapter 5, Recording Methods in Measuring Behavior by Martin and Bateson

Format of Report – Please follow the guidelines already explained for the previous two reports, with the following exceptions:

Pages: Minimum of 1 full page of text; maximum of 3 pages.  Any tables, pictures or other type of graphics are not included in page limits.

Basically, there is at least one nonparametric equivalent for each parametric general type of test. In general, these tests fall into the following categories:

Differences between independent groups. Usually, when we have two samples that we want to compare concerning their mean value for some variable of interest, we would use the t-test for independent samples); nonparametric alternatives for this test are the Wald-Wolfowitz runs test, the Mann-Whitney U test, and the Kolmogorov-Smirnov two-sample test. If we have multiple groups, we would use analysis of variance (see ANOVA/MANOVA; the nonparametric equivalents to this method are the Kruskal-Wallis analysis of ranks and the Median test.

Differences between dependent groups. If we want to compare two variables measured in the same sample we would customarily use the t-test for dependent samples (in Basic Statistics for example, if we wanted to compare students' math skills at the beginning of the semester with their skills at the end of the semester). Nonparametric alternatives to this test are the Sign test and Wilcoxon's matched pairs test. If the variables of interest are dichotomous in nature (i.e., "pass" vs. "no pass") then McNemar's Chi-square test is appropriate. If there are more than two variables that were measured in the same sample, then we would customarily use repeated measures ANOVA. Nonparametric alternatives to this method are Friedman's two-way analysis of variance and Cochran Q test (if the variable was measured in terms of categories, e.g., "passed" vs. "failed"). Cochran Q is particularly useful for measuring changes in frequencies (proportions) across time.

Descriptive statistics.When one's data are not normally distributed, and the measurements at best contain rank order information, then computing the standard descriptive statistics (e.g., mean, standard deviation) is sometimes not the most informative way to summarize the data. For example, in the area of psychometrics it is well known that the rated intensity of a stimulus (e.g., perceived brightness of a light) is often a logarithmic function of the actual intensity of the stimulus (brightness as measured in objective units of Lux). In this example, the simple mean rating (sum of ratings divided by the number of stimuli) is not an adequate summary of the average actual intensity of the stimuli. (In this example, one would probably rather compute the geometric mean.) Nonparametrics and Distributions will compute a wide variety of measures of location (mean, median, mode, etc.) and dispersion (variance, average deviation, quartile range, etc.) to provide the "complete picture" of one's data.

Number tables consecutively, with Arabic numerals, in accordance with their appearance in the text.  Each table should have a caption with a description of what the table describes.  Place footnotes to tables below the table body and indicate them with superscript symbols.  Be sparing in the use of tables and ensure that the data presented in tables do not duplicate results described elsewhere in the article.

Check that all references in the text are in the reference list and vice versa, that their dates and spellings match, and that complete bibliographical details are given, including page numbers, names of editors, name of publisher and full place of publication if the article is published in a book.  For papers in the course of publication, use 'in press' to replace the date and give the journal name in the references.  Cite unpublished manuscripts (including those in preparation or submitted), talks and abstracts of talks in the text as 'unpublished data' following a list of all authors' initials and surnames.  Do not include these in the reference list.

The full URL should be given. Any further information, if known (DOI, author names, dates, reference to a source publication, etc.), should also be given.

EndNote (http://endnote.com/downloads/styles) and Reference Manager (http://refman.com/downloads/styles).  Using plug-ins to word processing packages, authors only need to select the appropriate journal template when preparing their article and the list of references and citations to these will be formatted according to the journal style which is described below.

All citations in the text should refer to:

Do not use commas to separate the author's name from the date.  Use lower-case letters to distinguish between two papers by the same authors in the same year (e.g., Packer 1979a).  List multiple citations in chronological order (e.g. Zahavi 1972; Halliday 1978; Arnold 1981a, b), using a semicolon to separate each reference.

References should be arranged first alphabetically and then further sorted chronologically, if necessary.  More than one reference from the same author(s) in the same year must be identified by the letters "a", "b", "c", etc., placed after the year of publication.  To help readers locate 'et al.' citations with the same first authors in the reference list, list references with three (or more) names after those with two, by date, as in the following sequence:  Marin & Silva 1992; Marin, Silva & Lopez 1986; Marin, Lopez & Silva 1989

Use the following system for arranging your references:

e. Forum articles should include volume and part number and Web site address and be cited as:

Note that journal titles in the reference list should be written in full.

Work accepted for publication but not yet published should be referred to as "in press". References concerning unpublished data and "personal communications" should not be cited in the reference list but may be mentioned in the text. 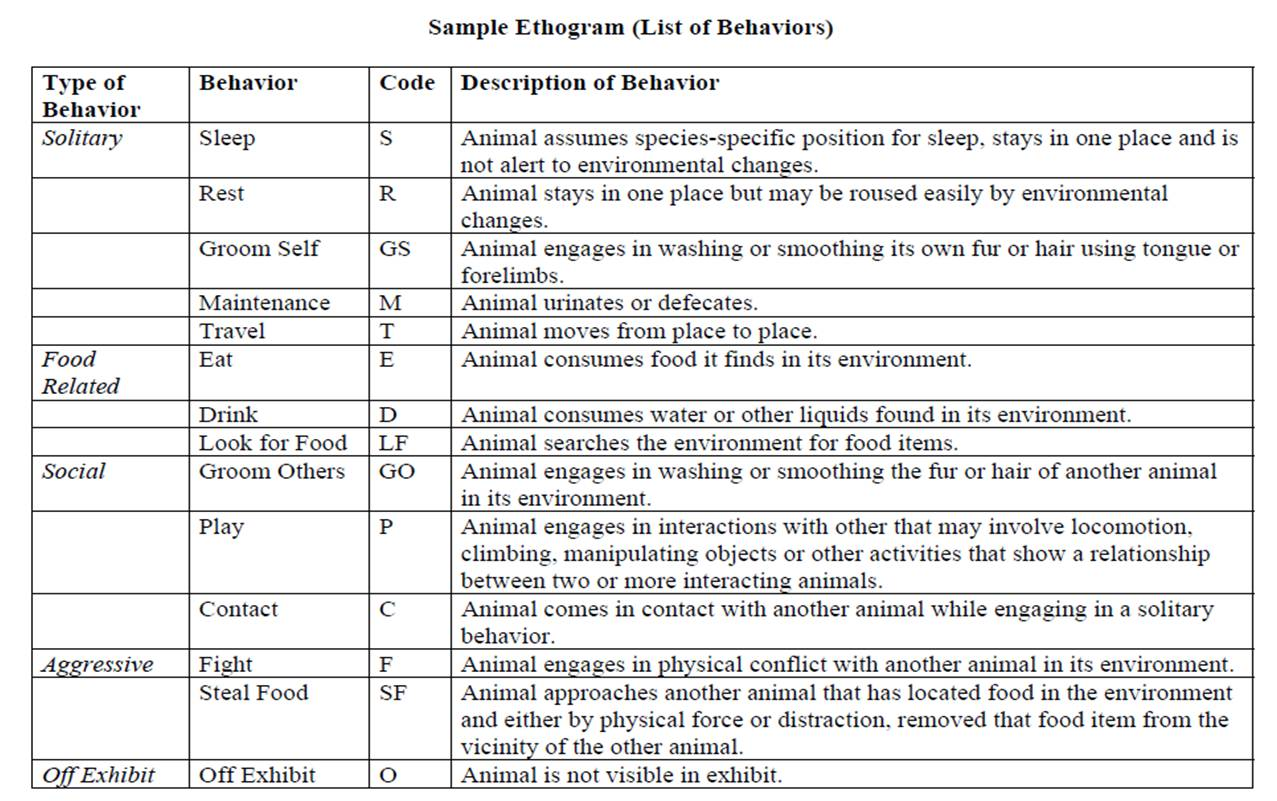 Learning Progressions for Planning and Carrying Out Investigations

Elementary: Students’ experiences should be structured to help them learn to define the features to be investigated, such as patterns that suggest causal relationships.  The plan of the investigation, what trials to make and how to record information about them, then needs to be refined iteratively as students recognize from their experiences the limitations of their original plan.  Students should have opportunities to carry out careful and systematic investigations, with appropriately supported prior experience that develop their ability to observe and measure and to record data using appropriate tools and instruments.

Middle School:  Students’ should be asked to develop a hypothesis that predicts a particular and stable outcome to explain their reasoning and justify their choice.

High School:  All hypothesis should be based on a well-developed model or theory.  In addition, students should be able to recognize that it is not always possible to control variables and that other methods can be used in such cases - for example, looking for correlations.

The Toolkit was developed through the Montana Partnership with Regions for Excellence in STEM Grant.  The contents of this version of the Toolkit have been modified from the original.