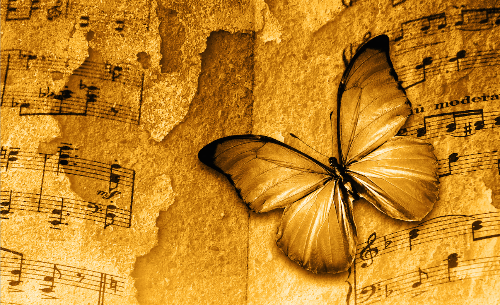 The MSU School of Music will present and evening of wind band music in Reynolds Recital Hall on Friday, February 27th at 7:30pm highlighting the vast array of arrangements and compositions that exist for the modern band.

Of particular interest to the listener will be the Montana premiere of "The Seasons" by Bozeman composer and host of the Emmy Award-winning 11th and Grant, Eric Funk. This 10-minute work is based upon the Assiniboine legend of the origin of the season. As our guest vocal soloist for this work, we are pleased to welcome operatic baritone Frederick Frey to the stage.

Other highlights will include the skillful thematic transformation of Paul Hindemith’s “March from Symphonic Metamorphosis,” a unique and popular band work based upon a five-note folk melody entitled "Variations on a Korean Folk Song,"  and a performance of the Mendelssohn “Overture for Winds” written when the composer was only 15 years old.

The MSU WIND SYMPHONY and UNIVERSITY BAND are both conducted by Dr. Nathan Stark who also directs the “Spirit of the West” Marching Band. As one of the three “flagship ensembles” supported by the School of Music, the Wind Symphony regularly presents new works, features guest performing artists, and plays some of the most difficult and spectacular pieces composed for wind band medium. The University Band is a campus-wide ensemble open to all students as well as members of the campus community. The group rehearses three times a week to prepare for performances, which features the most popular (and fun) music in the concert band repertoire.

FREDERICK FREY, baritone, is acclaimed by critics and audiences alike wherever, whenever and whatever he performs. His musicality, sensitivity and impassioned dramatic style excite audiences throughout North America and Europe…Along this rich and varied path, Mr. Frey has gained a reputation and expertise in 20th century operatic roles as well. These include the role of Colon in the World Premiere performance of Antonio Braga’s “1492” at the Teatro Nacional in Santa Domingo, the role of James Fergus in the World Premiere performance of Eric Funk’s “Pamelia” at Carnegie Hall, and in March, 2001, the roles of District Attorney Frederick Katzman and Samuel Stratton in the World Premiere production of the opera “Sacco and Vanzetti” by composer and conductor Anton Coppola at the Tampa Bay Opera.

Parking at MSU is free on evenings after 6:00pm. Admission to the concert is $5 for students and $10 for general. Tickets are available online or at the door. For more information or to acquire ticket vouchers for MSU band concerts, please contact us at [email protected].