The MSU Wind Symphony is conducted by Dr. Nathan Stark who also directs the “Spirit of the West” Marching Band. As one of the three flagship ensembles supported by the School of Music, the Wind Symphony regularly presents new works, features guest performing artists, and plays some of the most difficult and spectacular pieces composed for wind band medium. The ensemble performs at MSU commencement ceremonies and accepts new members only through a competitive audition process.

The Wind Symphony presents public performances twice per semester in the newly renovated Reynolds Recital Hall located inside of Howard Hall. We are located on campus on 11th Ave. across from the duck pond. Admission varies between performances.

Wind Symphony, One o'clock Jazz Band, and "Spirit of the West" Marching Band

The Montana State University Wind Symphony is intended for students who are interested in pursuing musical artistry through advanced performance proficiency on their instrument. The group is open to students from ANY major, but is restricted to the number of open chairs. An audition is required. Music majors may use this ensemble to fulfill large ensemble requirements (although we are traditionally only about half-filled with music majors). The repertoire is selected from the growing body of advanced literature for wind band, including contemporary works, standard pieces, and transcriptions.

The Wind Symphony is featured as the primary musical ensemble for MSU Commencement. These performances serve as valuable outreach opportunities for the band, and provide our members with the chance to play light-hearted "pops" music. In addition, there is a stipend paid to each member for this performance.

Auditioning for the Wind Symphony is your opportunity to demonstrate your technical and musical prowess on your instrument. Your audition also provides the director with valuable information about the strengths and weaknesses of the overall group. So by auditioning, you are not only potentially winning a chair in the ensemble, you are also helping the whole band get better. Unfortunately, not everyone wins a chair. However, many students often return later having practiced all the harder based on the feedback they received on their audition. For these reasons we encourage all interested students to audition.

Returning members who participated in the prior semester, or any other students who have received a scholarship letter that lists Wind Symphony as a required ensemble, do NOT have to audition in the fall (unless specifically requested by the director). Formal auditions are held in early November for the entire band. Incoming first-year and transfer students are encouraged to participate in University Band for their first semester (unless otherwise advised by School of Music faculty). The UBand will provide a solid preparation for an audition into Wind Symphony.

For all other interested students, informal auditions are held in the fall semester during the first week of classes to fill any vacant chairs. All are welcome to audition. To schedule an audition contact the director via email at [email protected] OR simply come during "walk-in" audition times.

The Wind Symphony will audition all members during the week of April 15-22, 2019. If you are reading this after April then you are encouraged to inquire about an audition through one of the following:

Instrument storage and practice rooms are available in Howard Hall for student musicians. Please contact Suzanne in the front office to make arrangements 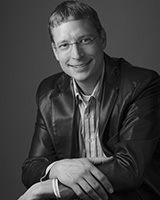 Director of Band, including the "Spirit of the West" Marching Band