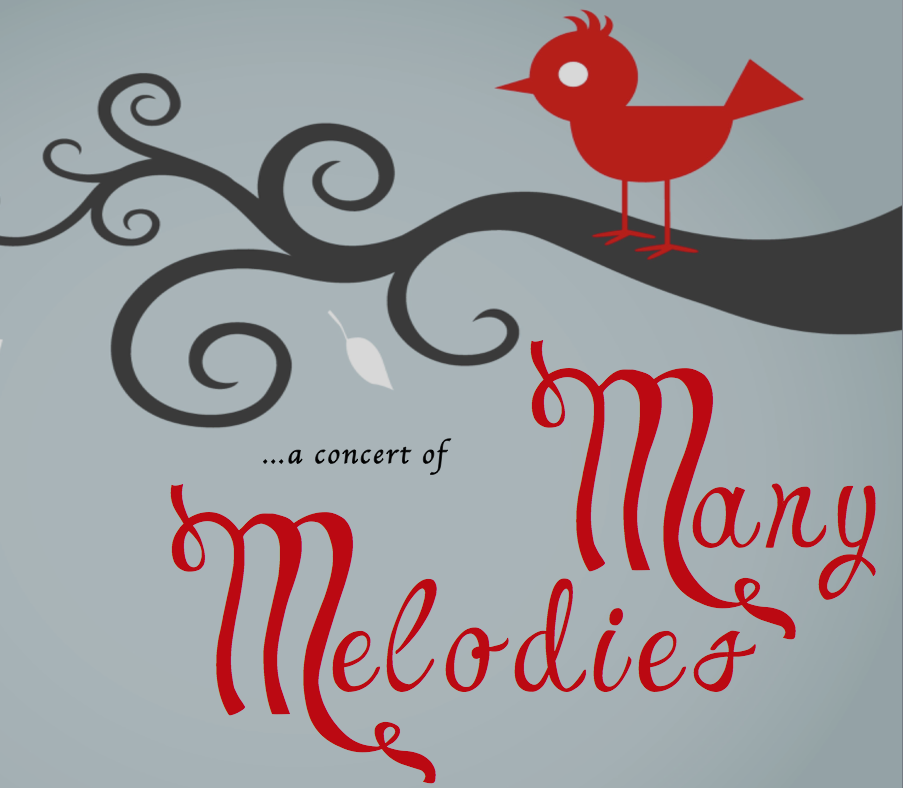 Come to a concert of Many Melodies

Featuring the MSU Wind Symphony and the One o'clock Jazz Band

Admission at the door: $5 students/$10 general

This concert is simply about music…it is about the how rather than the why. We are playing fun stuff, difficult stuff, easy stuff, and even some waAAAy-out-there stuff. Our goal is to play it well. We’ll let you decide what’s your favorite!

The audience has decided!

The votes are in, and here are the top three most popular tunes of the afternoon

Theme and Variations (for Wind Band) Op. 43a

Arnold Schoenberg, notorious co-creator of the infamous composition style known as 12-tone serialism, has been subjecting classic audiences to his own brand of genius since the early 20th century. Perhaps it was his exceptional musical mind that drove his temperance away from the familiar and popular classical harmonies that made other composers of his nationality so well renown. Indeed, Schoenberg is one of the modern heirs to the legacy of Wolfgang Amadeus Mozart.

It was at the request of his publisher that Arnold Schoenberg set upon composing a work specifically for the wind band. At the time, as perhaps it is still, the primary purpose of bands in America was/is to fuse music and function. Unlike the “high art” of the orchestral hall, American wind bands perform most regularly for the gathered masses. Our musicians consist mostly of students and amateurs, and we are much more likely to be heard at an athletic event than on a stage. Given this directive—to compose for an ensemble that would entertain musicians and laymen alike—Schoenberg crafted a 10-minute Theme and Variations that we presume he intended to serve as both a functional composition as well as a testament to his skills. Ironically, the resulting work might cause a first-time listener to question both.

The intended target for his Theme and Variations was that of high school band. Immediately identified as far too difficult for use with such young players, it was the Goldman Band of New York that premiered the work. As a composition, the work stands in contrast to his apparent efforts to pursue the most modern of compositional methods. Surprisingly, the piece is neither atonal nor composed using the 12-tone system. In fact, it is securely rooted in traditional harmony. Having this said, it does contain a more-than-sufficient amount of discord for a typical first-time listener.

But even so, in the hands of a talented ensemble, the Schoenberg Theme and Variations remains a work of incredible brilliance and has helped open the door for new trends in symphonic wind band repertoire. With this in mind, we find it tremendously better-served in the concert hall than at a football game.