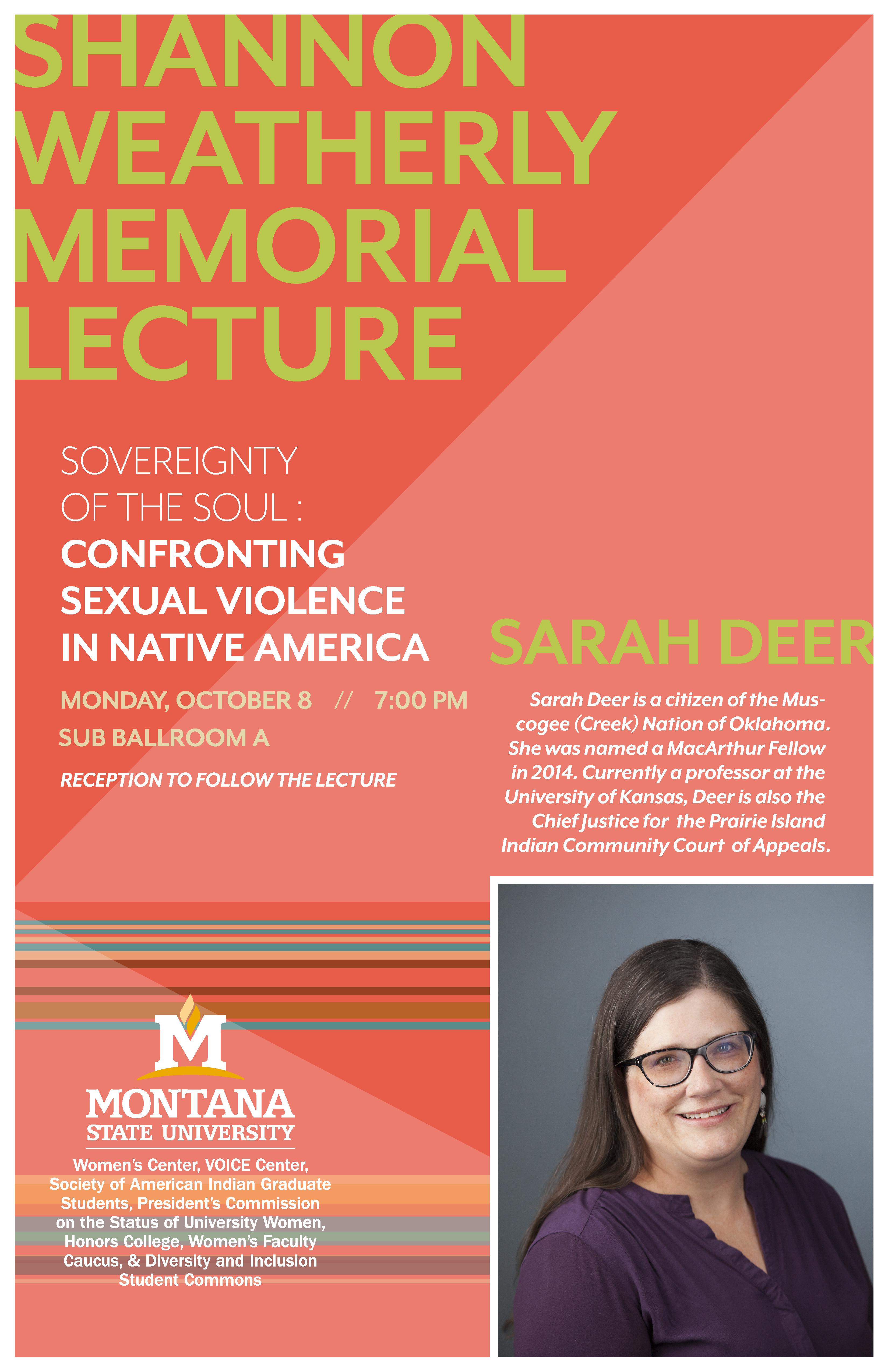 The Shannon Weatherly Lecture series is presented by the Women's Center in honor of MSU alum and Women's Center founding board member, Shannon Weatherly.  Shannon's compassion and involvement in the community continues to be an inspiration to others. As her mother has said about Shannon,"She felt a great responsibility, not only to her immediate community of friends, associates, and her college, but to the larger community which is humankind." Shannon's activities incorporated her education in areas including theology, history, sociology and psychology which propelled the ideals of feminist studies.

Shannon was tragically killed in 1982 while camping near Gardiner, MT. She was shot by a hunter who mistook her tent for a bear.