Linda Rost, a 2018 MSSE Graduate, was named a finalist for National Teacher of the Year for 2020!

The MSSE program was recently recognized by Intelligent.com as one of the top 35 online master’s in science education degree programs for 2020! 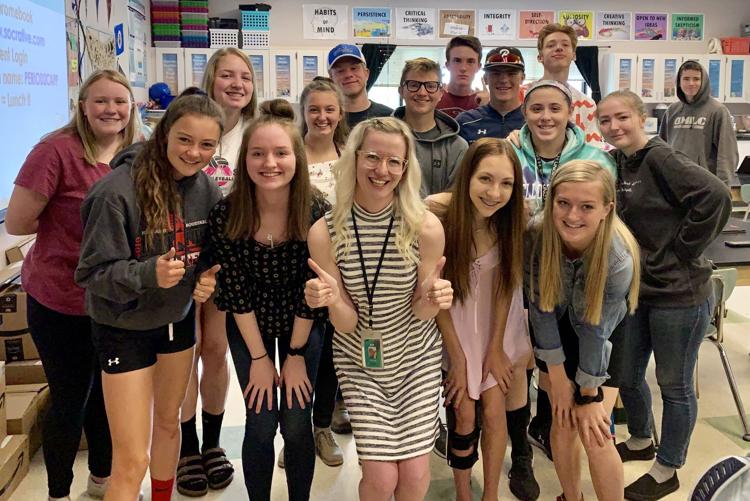 Congratulations to MSSE Graduate Linda Rost for being selected as 2020 Montana Teacher of the Year! 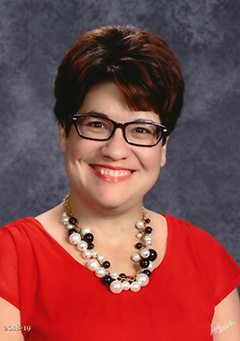 After many years with the MSSE program, Diana Paterson has retired from her position as Assistant Director. Diana's contributions to the students, staff and MSU were unparalleled. We wish her the best in her new chapter.

We are pleased to announce that our own Diana Paterson has been selected to receive the 2019 Kathy Griffith Employee Excellence Award in the College of Letters and Science at MSU.

The College and the University are recognizing what we have always known – Diana Paterson is the very best advisor, colleague, employee, and friend that has ever worked at MSU.  We are delighted that her contributions are being honored!

Linda Rost was honored as a 2019 Montana Teacher of the Year Finalist. Congratulations Linda! 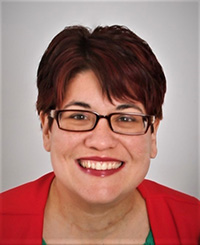 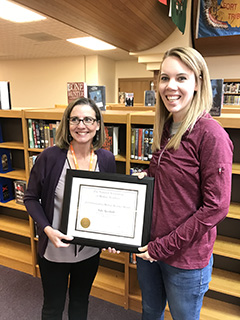 MSSE Graduate, Matthew Fisher, had an 'action research' project published in the August 2018 issue of The American Biology Teacher. https://nabt.org/files/galleries/ABT_Online_August_2018.pdf.

The open textbook Matthew assembled for the study, Environmental Biology, has been adopted by instructors all over the US and Canada. https://openoregon.pressbooks.pub/envirobiology/ 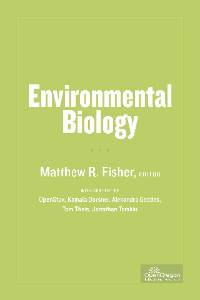 MSSE Graduate, Jodie Hood, has been featured on the front page of her school district's webpage https://public.muscogee.k12.ga.us/News/Article/1120/Job_Spotlight_Jodie_Hood_Teacher_of_the_Hearing 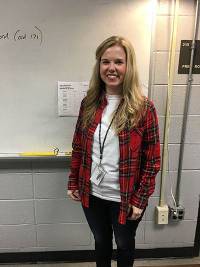 The MSSE Program is thrilled to announce that our own Diana Paterson, Associate Director of MSSE, has just received the prestigious Montana State University 2018 Employee of the Year Award!  Only two awards were given out in each of four categories.  Diana received the award in the category of “Service Excellence – Courtesy.”  We are very proud of Diana, and grateful for all of her kind and thoughtful service over the years.  The students and instructors in the MSSE Program are very lucky to be associated with her.

MSSE Director, Greg Francis, along with his colleagues Ron Hellings and Jeff Adams recently published the textbook, College Physics – Putting it all Together. 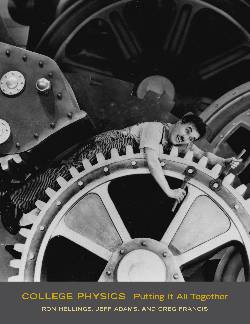 -  Treats all topic covered in a three-semester sequence

MSSE graduate, Bill Sparks, received a grant from NC Beautiful for experiential learning. Bill will be working with Trout Unlimited to raise trout in his classroom. Congratulations Bill!

MSSE Program featured in the news!

MSSE was  recognized on a list of the country’s top 10 most affordable online programs leading to a master’s degree in science education by AffordableColleges.com. 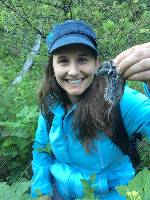 MSSE graduate's Jessie Anderson of Montana, Jason George of Idaho, Roby Johnson of South Dakota, and Jeff Wehr of Washington state were awardees for the 2016 Presidential Award for Excellence in Science!

MSSE Graduate Dale Glass had an article published in "The Earth Scientist," the journal of the National Earth Science Teachers Assn. The following is a link provided by NOAA.

Congratulations to MSSE Graduate Jessica Anderson for being selected for 2016 Montana Teacher of the Year!

MSSE graduates David McDonald and Chris Monsour have been selected as winners of the Presidential Award for Excellence in Science and Math Teaching!

Irene Catlin's research with her students at the Mount St. Helens National Volcanic Monument was highlighted in an article by The Columbian.

Influences of Ungulate Browse on Aspen Stand Structure and the Diversity of Birds Within the Stands, National Elk Refuge, Jackson Hole, Wyoming

Steven Holmgren has won the MSU Academic Advising Award.  As a part of the teaching faculty in the Department of Chemistry and Biochemistry, Holmgren teaches a variety of courses at MSU, ranging from an introductory seminar to CHMY 500 Science Lab Safety and Risk Management (taught on the MSU campus the first week of July).  A large part of his work is taking an active role in mentoring students as an advisor for undergraduate chemistry majors, as well as for MSSE graduate students. For more information, check out the article at:  http://www.montana.edu/cpa/news/nwview.php?article=11668

Charles “Bill” McLaughlin of the Department of Chemistry and Biochemistry, and a faculty member of the MSSE program, has won a Teaching Innovation Award!  McLaughlin often demonstrates the latest technologies both in the classroom and online, making his approach to chemistry and technology available to students from virtually anywhere.  For more information, check out the article at:  http://www.montana.edu/cpa/news/nwview.php?article=11668

Dave Lageson, an instructor for MSSE and the Department of Earth Sciences, has won both the 2013 MSU’s Provost’s Excellence in Outreach Award and the 2013 Excellence in Teaching Award!  With his experiences on the 2012 Mount Everest expedition and his enthusiasm for geology, Lageson has been inspiring students far and wide.  Lageson has been involved in organizing youth programs, writing about Mount Everest, innovative curricular development, and a sustained commitment to outreach and education.  For more information, check out the article at:  http://www.montana.edu/cpa/news/nwview.php?article=11668

Confluence, the magazine produced by MSU's College of Letters and Science, published an article in their latest volume which features the MSSE program! The article highlights some of the many opportunities afforded by the summer field courses. Check out the full article!

The ESTCP, a program created for teachers in memory of the Space Shuttle Challenger mission, awards over 50 fellowships a year to teachers who contribute to the development of science, technology, engineering, and mathematics (STEM for short). When she finishes in 18 months, she will receive a STEM Teaching Certificate from NASA and Columbia University Teachers College. She will also meet amazing educators from across the country and have great internship opportunities at NASA! Congratulations, Leanne!

Participants in the 2010 and 2011 field course LRES 591: Yellowstone Lake Ecology, took part in an ongoing scientific investigation studying the biodiversity of Yellowstone Lake. Teachers taxonomically identified organisms in the field prior to performing genetic analysis; the results of their work contributed to the Molecular All-Taxa Biodiversity Inventory (MATBI) of Yellowstone Lake, a long-term project that seeks to characterize the diversity of eukaryotic lake species and their relationship to the hydrothermal features of the lake. More information can be found in The Earth Scientist, Volume 27, Issue 3.

Congratulations to Paul Anderson, MSSE 1999 Graduate. He was named the 2011 Montana Teacher of the Year. Andersen embraces the technology that is part of students' lives. Rather than disciplining his students for using cell phones in class, Andersen encourages cell phone usage by having students text answers to questions that are then projected for the whole class to see and discuss. He has also created a virtual classroom on line where students can interact outside of class and view video lectures Andersen posts to prepare them for the next day's class. This award wins Andersen a trip to the White House. His classroom innovations have attracted national attention as well. The National School Boards Association has named Andersen one of its "20 to watch" technology teachers.

Dora Hugs, a 2010 MSSE graduate, was recently named Outstanding Nontraditional Student in the Western United States at the “University Professional & Continuing Education Association (UPCEA) Region West Conference” in Seattle, Washington. As a result of her experience with MSSE and the BSSP Program (MSU’s Big Sky Science Partnership), a program funded by the National Science Foundation whose main goal is to strengthen K-8 science instruction in Montana communities that teach American Indian students, Dora is now her school's Crow Language and Science Teacher.
As the winner of the UPCEA award, Dora is now eligible to become the top nontraditional student in the United States, an honor that will be announced at the national UPCEA conference in April.

Genevieve Chabot graduated from MSSE in 2006 while working as a high school teacher through The Traveling School, a girls’ high school program that takes semesters abroad to South America and Southern Africa. After graduating, she began working for the Central Asia Institute and began doctoral... work in the CLTW (Center for Learning in the West) program at MSU. Her dissertation research focused on the process of working within a school community in Azad Kashmir, Pakistan, to help foster community involvement while improving the quality of education in the schools. She graduated with an Ed.D. in 2009 and currently works at MSU as an adjunct faculty while working closely with an organization she helped co-found, Global Midwife Education Foundation.

Jeff Wehr is a 2003 MSSE graduate and a recipient of the 2011 Washington State Regional Teacher of the Year Award!  Jeff is the science teacher at Odessa High School and teaches his students to live their education and connect what they are learning to the world about them. He created an Advanced Scientific Research course at his school that allows students to work on a year-long independent study in any scientific discipline.  Outside of his regular classroom duties, Jeff also works with elementary teachers to strengthen their science skills and increase their use of inquiry-based science and the scientific method. He also hosts a Bi-Country Science Challenge for students across the region.  As one student wrote: “His energy and enthusiasm help him connect with students to make learning fun.  He has given unlimited help, support, time and dedication to all of his classes, which, in turn, has created very successful scientists and individuals.”