The map below identifies each of Montana's seven American Indian reservations as well as each of the tribes on those lands. As you examine the map further, what else do you notice? 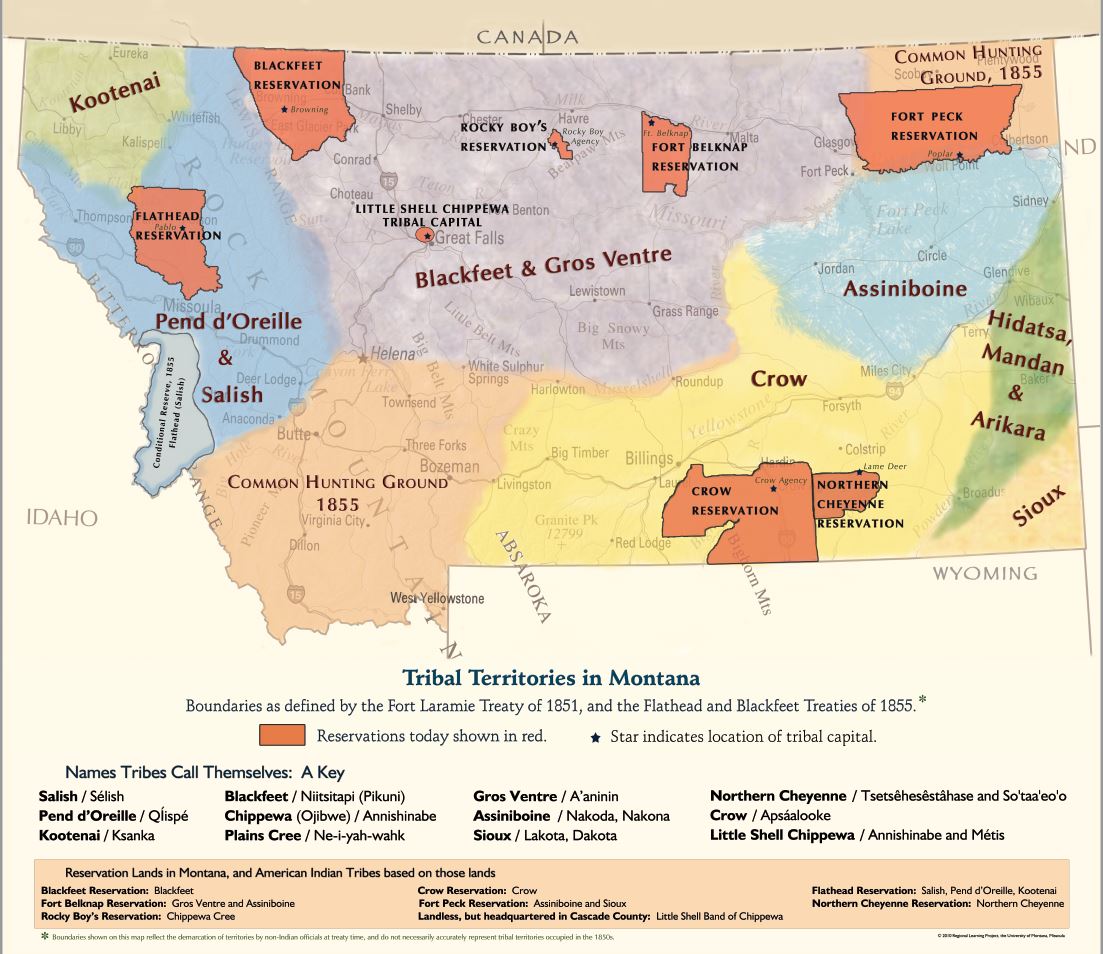 Map long description: This map shows the tribal boundaries defined by the Fort Laramie Treaty of 1851 and the Flathead and Blackfeet Treaties of 1855. The state is generally divided into two common hunting ground regions in the southwest and northeast corners of the state and the following tribal territories:

The tribes and the names they call themselves are listed below the map and include:

The boundaries for Montana’s present-day reservations, their tribal capital, and the tribes located on these lands today are:

The reservations are all significantly smaller than the original lands occupied by the tribes in the 1850’s.

This disclaimer is provided at the bottom of the map: “Boundaries shown on this map reflect the demarcation of territories by non-Indian officials at treaty time and do not accurately represent tribal territories occupied in the 1850’s.”