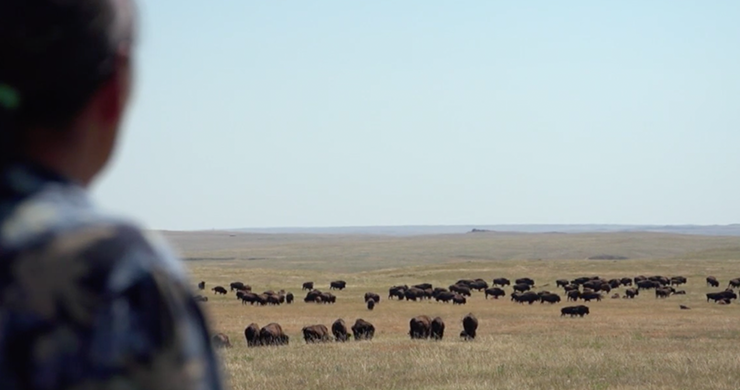 What does the term achievement gap mean and to whom does it apply?

What is the relationship between the United States and the tribes

The Little Shell Band of Chippewa Indians are landless but headquartered in Great Falls. All the tribes listed above are federally recognized. On December 20, 2019, the Little Shell Tribe of Chippewa Indians gained federal recognition (https://www.cnn.com/2019/12/18/politics/montana-little-shell-tribe-recognition-trnd/index.html) . (See below for an explanation of "federal recognition.") The Little Shell Tribe, which had been landless for the past 100 years, will now have access to funding and programs as well as a tract of land.

The state cannot legally establish criteria of tribal membership, because that is a right solely reserved to each tribe as an aspect of their sovereign identity. Montana’s K-12 education system, therefore, allows parents to identify their children as American Indian for the purposes of state educational programs.

When referring to the indigenous peoples of Alaska, Hawaii, or the 48 contiguous states of the United States, it is appropriate to use the terms “Alaska Native,” “Native Hawaiian,” and “American Indian” respectively. While the term “Native American” came into the usage in the 1960s, most tribal groups in Montana refer to themselves as “American Indian.” “Indigenous” is a term that has recently come into common usage in national and international realms, but being as tribally specific as possible is always the best approach to using the correct terms of identification and description. Although Alaska Natives and Native Hawaiians are considered Indigenous peoples of the U.S., they are not always included in a discussion of the lower forty-eight tribal nations, because of their unique histories and relationships to the U.S.

In 1972, Montana rewrote its constitution. The constitutional delegates wrote, in Article X, Section 1(2) “The state recognizes the distinct and unique cultural heritage of American Indians and is committed in its educational goals to the preservation of their cultural integrity.” In 1999, the Legislature passed House Bill 528 into law, which codified the constitutional intent as MCA 20-1-501. This law is known as American Indian Education for All and states, “Every Montanan, whether Indian or non-Indian, be encouraged to learn about the distinct and unique heritage of American Indians in a culturally responsive manner …all school personnel should have an understanding and awareness of American Indian tribes to help them relate effectively with American Indian students and parents ... Every educational agency and all educational personnel will work cooperatively with Montana tribes …when providing instruction and implementing an educational goal."

What does the term "achievement gap" mean and to whom does it apply?

The "achievement gap" is a term used widely in national education circles to describe the persistent gaps between the academic achievements of different groups of students in the United States. In Montana, this term applies predominately to the achievement levels of American Indian students as compared to Non-Indian students in the state. American Indians, on average, face higher dropout rates, have lower test scores, take fewer college preparatory and advanced placement classes, and have startlingly lower completion/graduation rates. See the Office of Public Instruction American Indian Student Achievement Data Report for more information.

Tribal lands held in trust by the federal government are not subject to property tax, just as federal forest service lands are not, because states cannot tax federal lands. This lack of a property tax base is made up by the federal government. Counties in Montana are given Payment in Lieu of Taxes monies to offset these tribal tax-exempt lands within their boundaries. Additionally, K-12 public schools located within reservation boundaries are provided Impact Aid which assists local school districts that have lost property tax revenue due to the enrollment of federally tax-exempt federal property, or that have experienced increased expenditures due to the enrollment of federally connected children, including children living on American Indian lands. The Impact Aid law provides funds to districts with concentrations of children on American Indian lands, military bases, or other federal properties.

American Indians in Montana, like all other Montanans, are concerned about taxes and how tax dollars are spent. The value of water, mineral, gas, oil, timber, and other natural resources extracted from tribal lands over the last one hundred years by the state, counties, and individuals far exceeds any state taxes lost on federal trust lands within reservation boundaries.

No, American Indians do not receive payments from the federal government simply because they have American Indian blood. An American Indian person may receive distribution funds based on mineral or agricultural lease income on property that is held in trust by the United States or may represent compensation for lands taken in connection with governmental projects. Some tribes receive benefits from the federal government in fulfillment of treaty obligations or for the extraction of tribal natural resources, a percentage of which may be distributed as per capita among the particular tribe's membership.

Tribes have the inherent right to operate under their own system of government. Tribal governments have diverse structures. Many have adopted constitutions, while others operate under Articles of Association or other bodies of law, and some still maintain traditional systems of government. The chief executive of a tribe is generally called the tribal chairperson, but may also be called the principal chief, governor, or president.

“Federal Recognition” is a legal term meaning the United States recognizes a government-to-government relationship with a tribe and that a tribe exists politically as a “domestic dependent nation.” A federally recognized tribe is one that was in existence, or evolved as a successor to a tribe, at the time of original contact with whites. Federally recognized tribes possess certain inherent rights of self-government and entitlement to certain federal benefits, services, and protections because of treaties and other agreements and subsequent federal trust duty.

What is the relationship between the United States and the tribes?

This relationship is established in the Constitution of the United States. The US Supreme Court, through many cases, has established the US Constitution Commerce Clause, Article I, Section 8, as the basis of the Tribal-Federal relationship. The Commerce Clause states, “The Congress shall have the power to …regulate commerce with foreign nations, and among the several states, and with the Indian tribes.

It is important to remember that tribes pre-date the US Constitution and, as such, tribes are not bound by its provisions. In 1968, the US Congress passed the Indian Civil Rights Act, which established most, but not all of the US Constitution’s Bill of Rights within Indian Country.  When the United States became a nation, the U.S. honored treaties made with individual tribes by the British and other nations before the Revolution.

The federal Indian Trust Responsibility is a legal obligation under which the United States has charged itself with moral obligations of the highest responsibility and trust toward American Indian tribes (Seminole Nation v. United States, 1942; Cherokee Nation v. Georgia, 1831). Over the years, the trust doctrine has been the center of numerous other Supreme Court cases, and it is one of the most important principles in federal American Indian law.

The Federal Indian Trust Responsibility holds the United States legally responsible for the protection of tribal lands, assets, resources, and treaty rights. The Supreme Court suggests the Federal Indian Trust Responsibility entails legal duties, moral obligations, and the fulfillment of understandings and expectations that have arisen over the entire course of dealings between the United States and the tribes.

The federal Indian trust duty was the basis of a longstanding lawsuit brought by Elouise Cobell and the Native American Rights Fund (NARF) in 1996 and settled in 2009. It was the largest class-action lawsuit ever filed against the federal government. The plaintiffs successfully sued the Department of the Interior (DOI) and the BIA on behalf of nearly half a million American Indians for mismanagement of trust funds.

A tribe and a state can agree, through compact or other agreement that certain legal relationships exist. Additionally, the US Congress can establish certain laws that create a state-tribal relationship on particular issues. Tribes retain the right to enact and enforce stricter laws and regulations than those of the neighboring state. Tribes possess both the right and the power to regulate activities on their lands and over their citizens independently from the jurisdiction of neighboring state government.

From 1777 to 1871, US relations with individual American Indian nations were conducted through treaty negotiations. These contracts among nations created unique sets of rights for the benefit of each of the treaty-making tribes and the US government. Those rights, like any other treaty obligation of the United States, represent, according to Article VI of the US Constitution, “the supreme law of the land.” As such, the protection of treaty rights is a critical part of the federal American Indian Trust Relationship. Treaties exchanged tribal land for certain protections and benefits. Those treaty rights often include, among other things, hunting and fishing rights for tribal members that may extend beyond reservation boundaries, education of tribal children, protection from the state by the federal government, and first priority to water rights.

Visit the Indian Education Division page on the Office of Public Instruction (OPI) website to find available and recommended resources and links.

Center for Bilingual and Multicultural Education

Indian Education for All Workshops