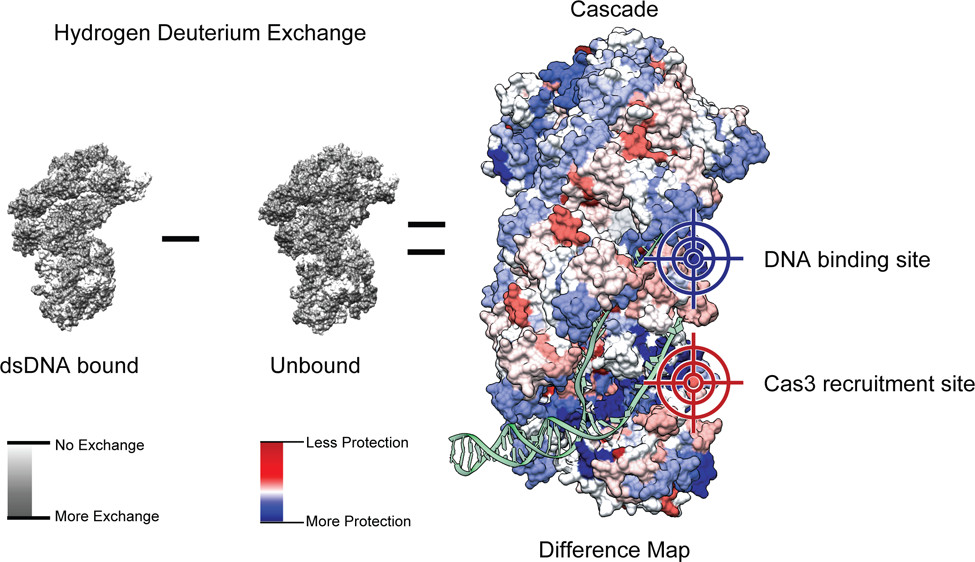 Recently, we investigated the mechanism of action for the Type IE CRISPR-Cas system found in E. coli. CRISPR-Cas systems are bacterial or archaeal immune systems that recognize foreign nucleic acids and degrade them before they can harm the cell. In the Type IE system, 11 proteins assemble around a short CRISPR-derived RNA which acts as a guide that will base pair with target DNA. The binding of DNA then leads to the recruitment of the endonuclease Cas3 which will, in turn, degrade the DNA target. Because a short piece of RNA is used as a guide in these complexes, the degradation of target DNA occurs with high specificity making these systems of great interest as molecular biology tools for genome editing. In order to enhance the ability of these systems to act effectively as genome editing tools, their mechanism of action must first be determined.

In collaboration with the Weidenheft Lab, we investigated the conformational dynamics of the half megadalton protein complex Cascade using hydrogen-deuterium exchange coupled with mass spectrometry (HDX-MS). In this collaborative effort, we used HDX-MS to probe the conformational differences in Cascade before and after binding to target DNA. We then used this data to identify regions of the complex involved in DNA binding (blue) and Cas3 recruitment (red). We then put our findings to the test using mutational analysis with in vitro and in vivo assays to determine the functional role of the regions of interest. We found that Arginine 12 on the Cse2 subunit plays a role in binding the non-target strand of DNA, while residues 379-380 on Cse1 are important for Cas3 recruitment. This study highlights the importance of protein dynamics in protein function and the power of using HDX-MS as a predictive tool when determining a protein complex’s mechanism of action. 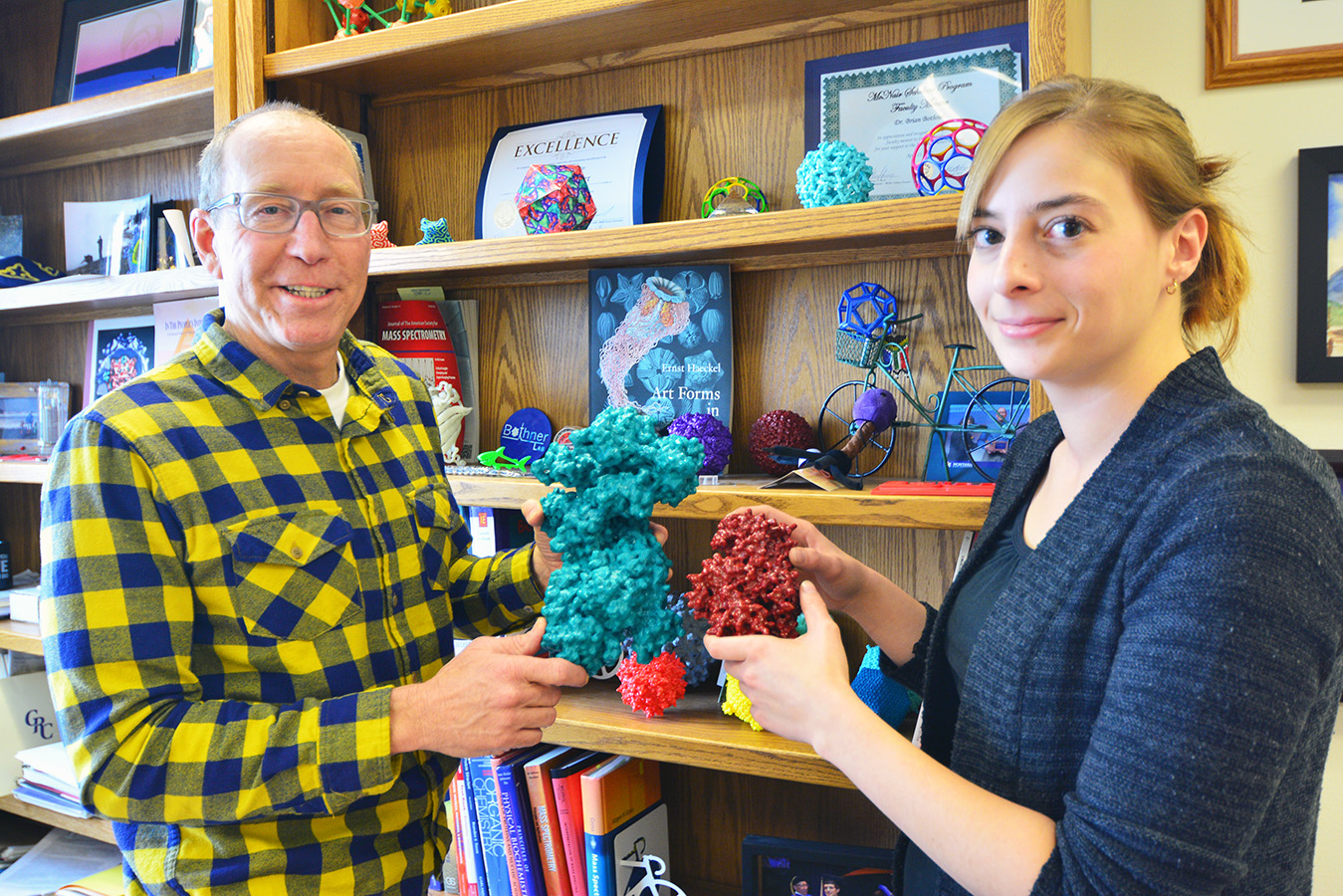