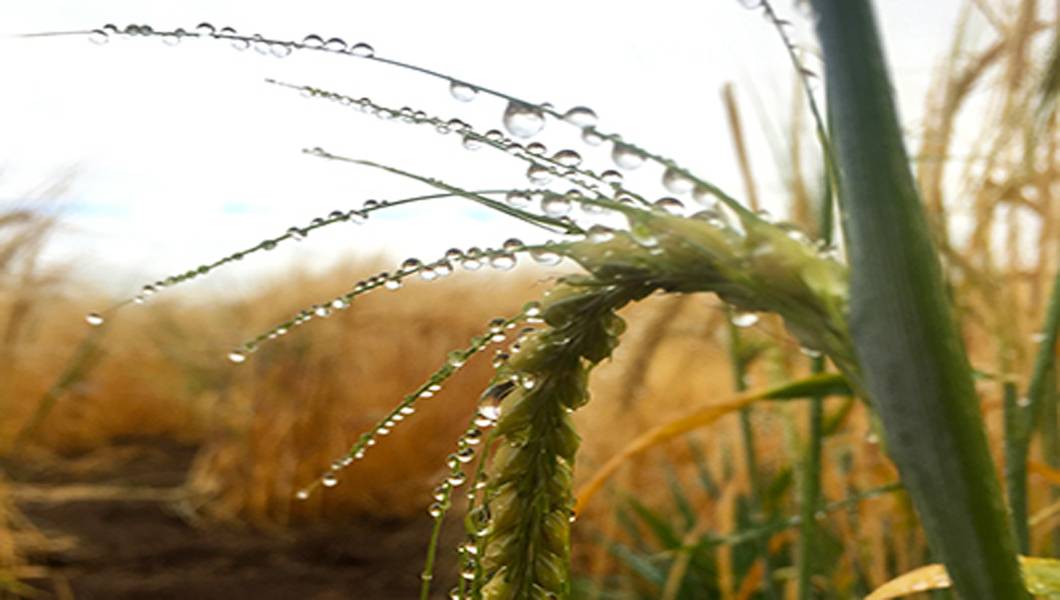 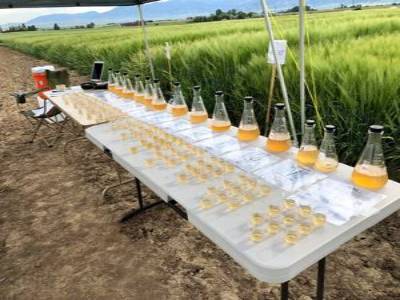 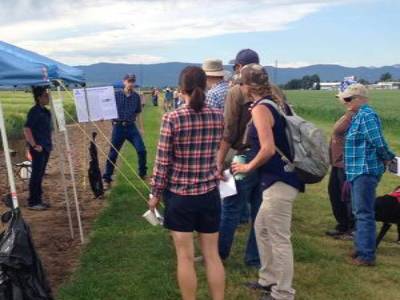 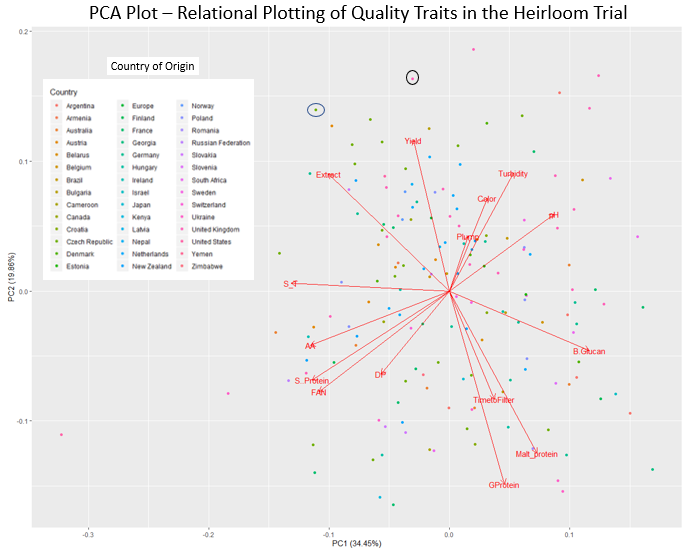 PCA plot grouping varieties based on quality performance.  Each arrow identifies an important malt quality trait. The arrows point towards the varieties with highest value for the given trait.  Note arrows for extract and yield are pointing in the same general direction, indicating highest yielding lines are also highest extract.  Arrows for yield and extract are pointing in opposite directions of grain protein and beta glucan, meaning as yield and extract increase grain protein and beta glucan decrease.  However, the scatter of the varieties across the plot indicate that while these trends exist, some lines fit the trend better than others.  The circled varieties would have high yield and extract but low protein and beta glucan.  This graph allows us to consider all the traits simultaneously.  For example, a brewer might want a line with less FAN.  In that case we would select the black circled line.

Learn More About Joe's Work in His 2020 Field Day video: 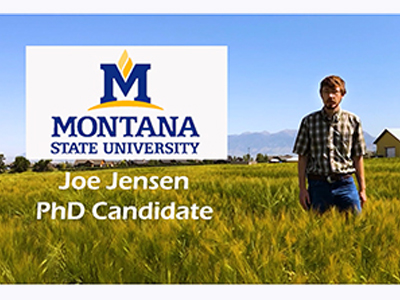