The Jake Jabs College of Business & Entrepreneurship (Jabs) received a $25 million gift from MSU alumnus Jake Jabs last fall. A portion of that gift was used to construct a new building, Jabs Hall. With the assistance of Comma-Q Architecture of Bozeman and Hennebery Eddy Architects of Portland, the college and the university actively planned what the new building will look like on the outside and inside. 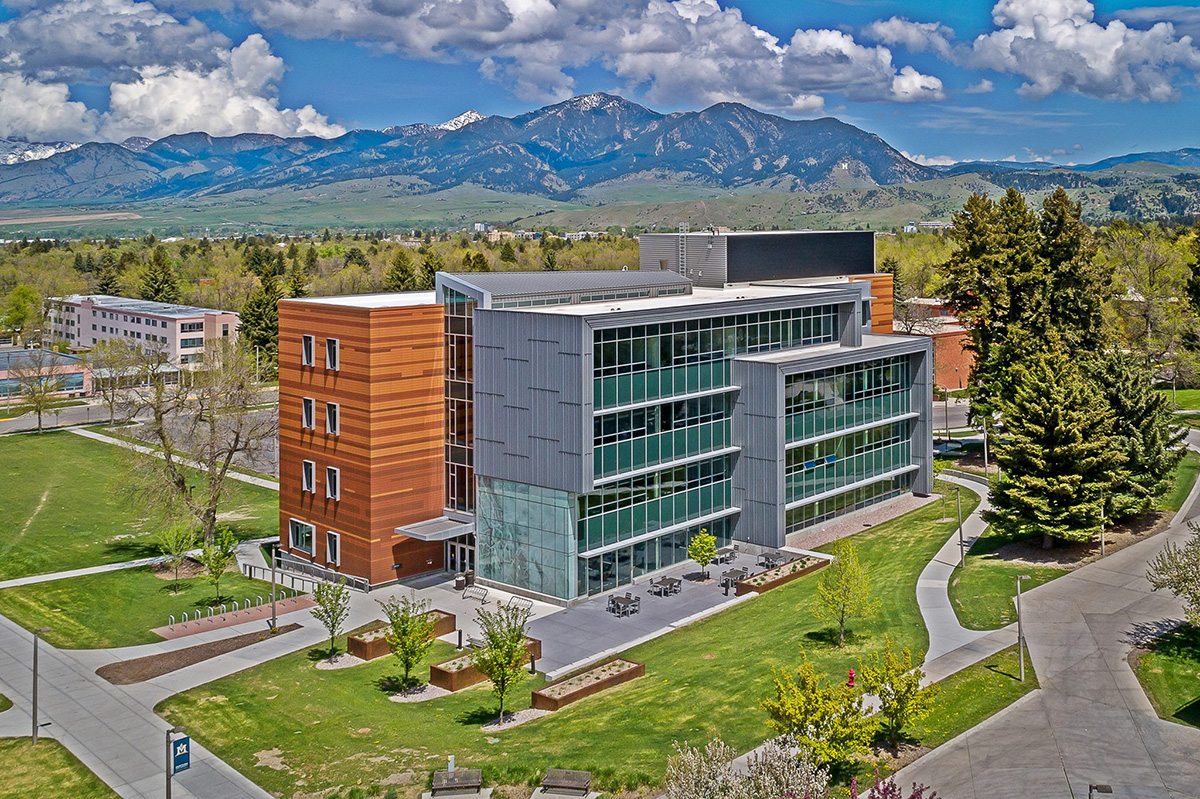 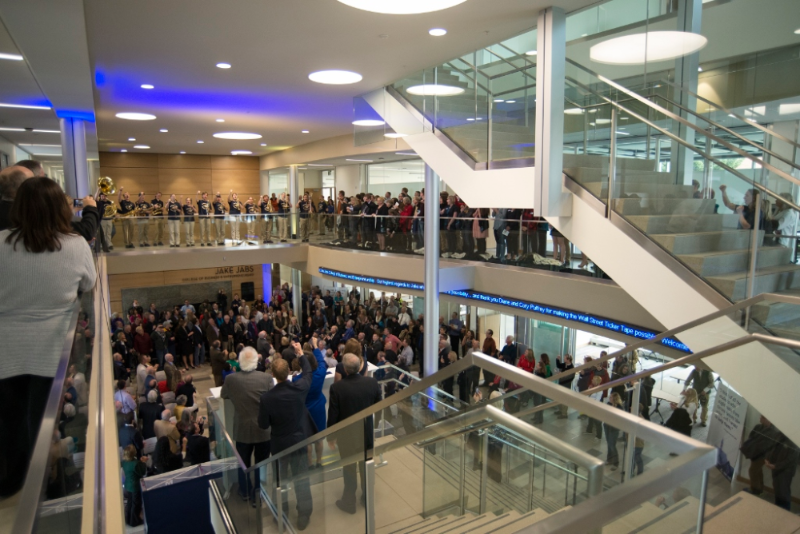 January 2015:The glass map of Montana is in and some landscape items are going in. 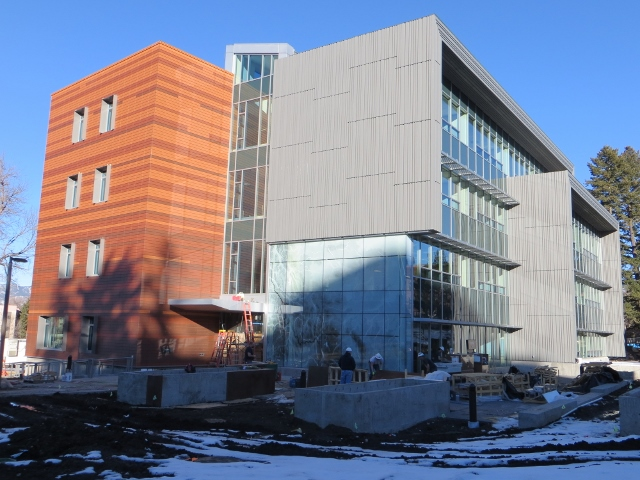 September 2014: The exterior of the building is practically done with the exception of the main entry way. 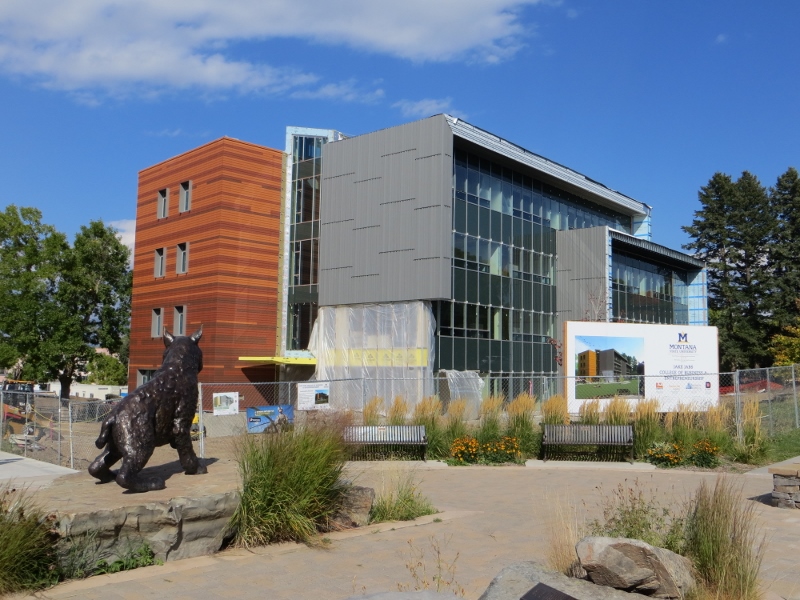 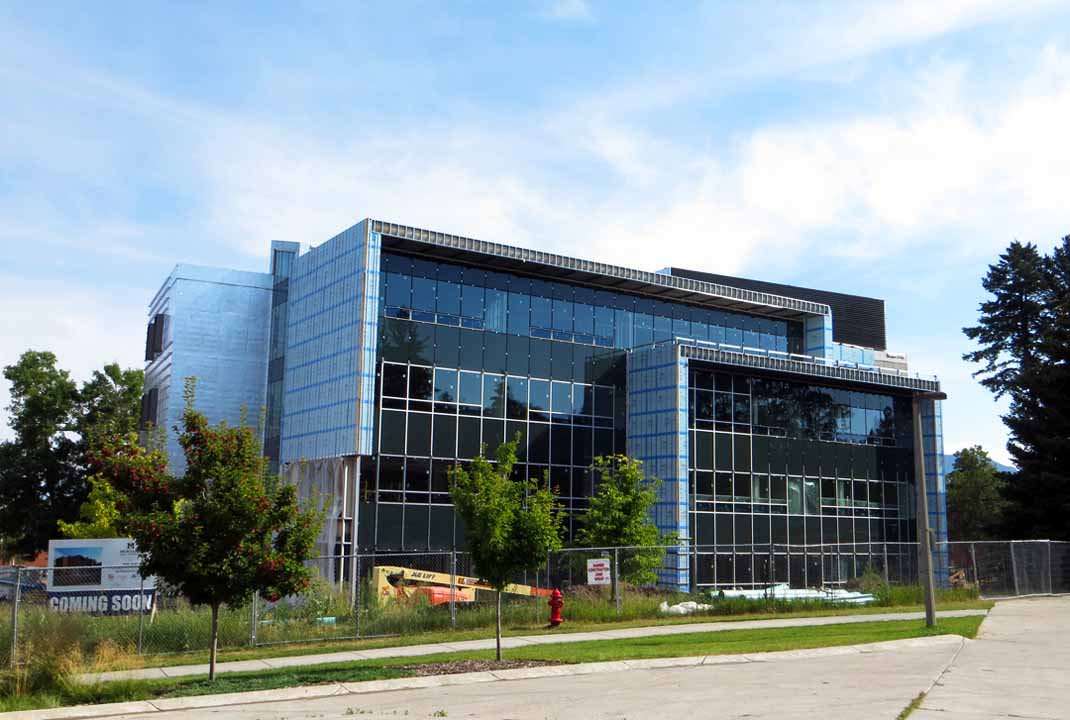 June 2014: The building is really shaping up. Glass windows and panels are being installed. 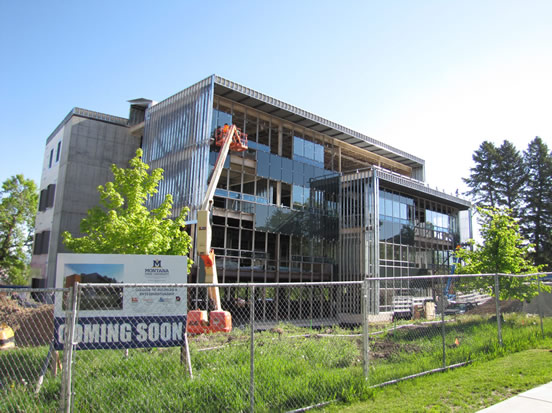 Geothermal Wells have been completed!  Comma-Q put together this video regarding the geothermal features of Jabs Hall and the Leon Johnson Energy District:

March 2014: Jake Jabs visits MSU and stops by the new building site and was able to participate in the official (last steel beam) signing. 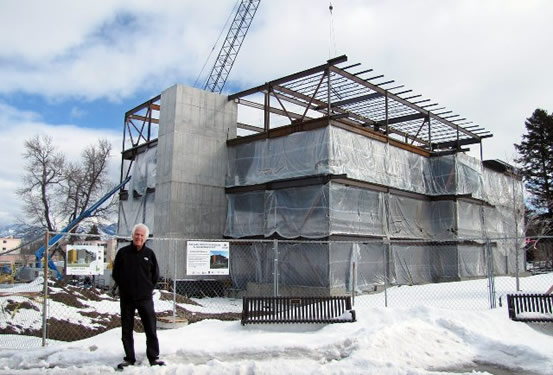 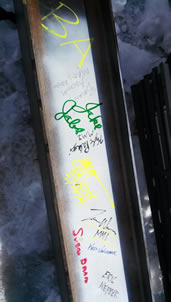 January 2014: An updated photo on the progress of the building - January 2014
Number of geothermal wells drilled: 26 of 52 have been completed to date
4,875 lbs of glass have been collected to be recycled into fly ash and recycled glass countertops and backsplashes for the building. 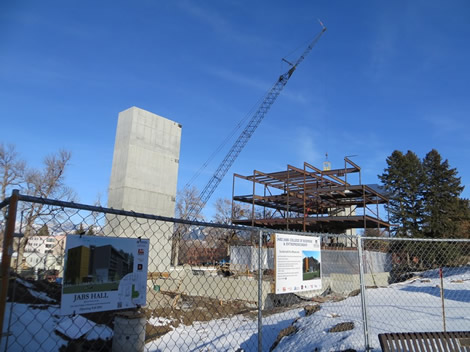 August: The construction is moving along...photo and article in the Bozeman Daily Chronicle.

June: The sod busters have been busily flattening the ground in preparation for the geothermal well field. Check Comma-Q's blogpost and video to learn more. 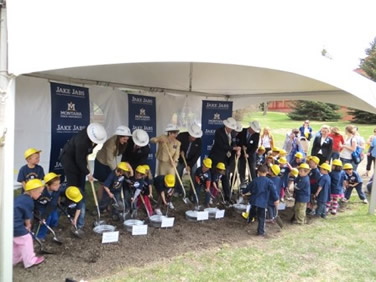 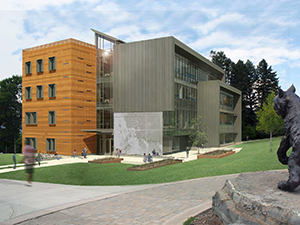 July 2012: One building design was presented to the College and the public with various interior space layouts (7-18-2012). 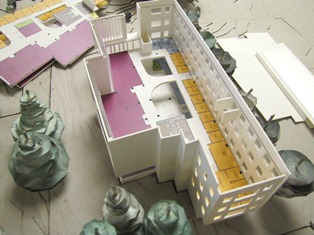 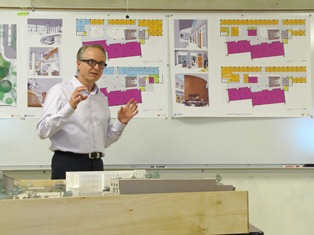 June: Three models and designs were presented to the College and the public (6-18-2012). 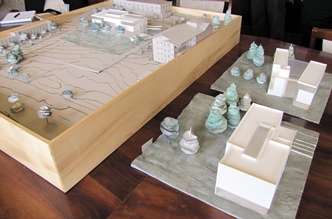 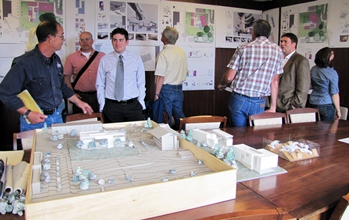 May: Sustainability Charette - 5-24-2012
The College team came together with interested campus stakeholders and talked sustainability. 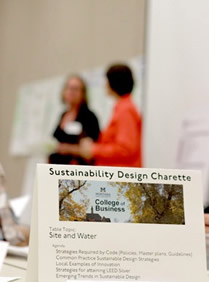 MSU announced on Friday, April 13 that the $18-million building will be constructed in the northeast section of campus. The building site is north of Wilson Hall, home of the university’s College of Letters and Science, east of one of the campus’ newest facilities, the Chemistry and Biochemistry Building built in 2006, and about 500 feet north of Montana Hall, the campus’ iconic administrative center. 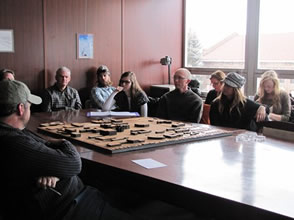 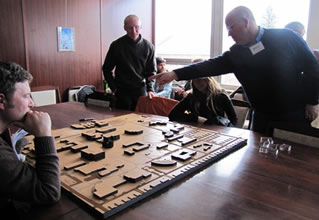 February: Business School Tours & Architectural Inspiration
For inspiration from other cutting edge Colleges of Business as well as unique company spaces, representatives have been researching facilities such as Stanford and Nike, and will be looking at some local business facilities as well.  Check out photos of local facilities.

Video montage of some inspirational university and business spaces:

Photos of other Colleges of Business and spaces

As a part of the MSU College's spring retreat, conversations regarding teaching/learning spaces and what the College hopes to accomplish in the future were discussed. A video montage from the retreat can be seen below: