Thank you for your support of this “exponentially new industry that has entered an exponential growth phase from a worldwide value of $33 million in 2015 (GMI, 2017), now projected to grow to $1.2 billion in 2023 (Reuters, 2018). In traditional ecological knowledge systems of European derivation food insect is an oxymoron…. Perceptions determine the pace of the diffusion process of an innovation such as food insects.”

For the Great Basin tribes and nations, food insects were one of the two main meats produced in that ecosystem. The Week of the Bug Buffet addresses perceptions and barriers to acceptance of this ancient, yet modern, dense source of nutrients.

Most important, as President Cruzado’s letter to open the 2021 Bug Buffet Week eloquently summarized, food insects are an “ancient future” package of dense nutrients that were, and will be essential to our survival.

Click on the flyers below to expand for more information on 2022 Bug Buffet events, a presentation with Sean Sherman, and the Bug Buffet Cookoff. 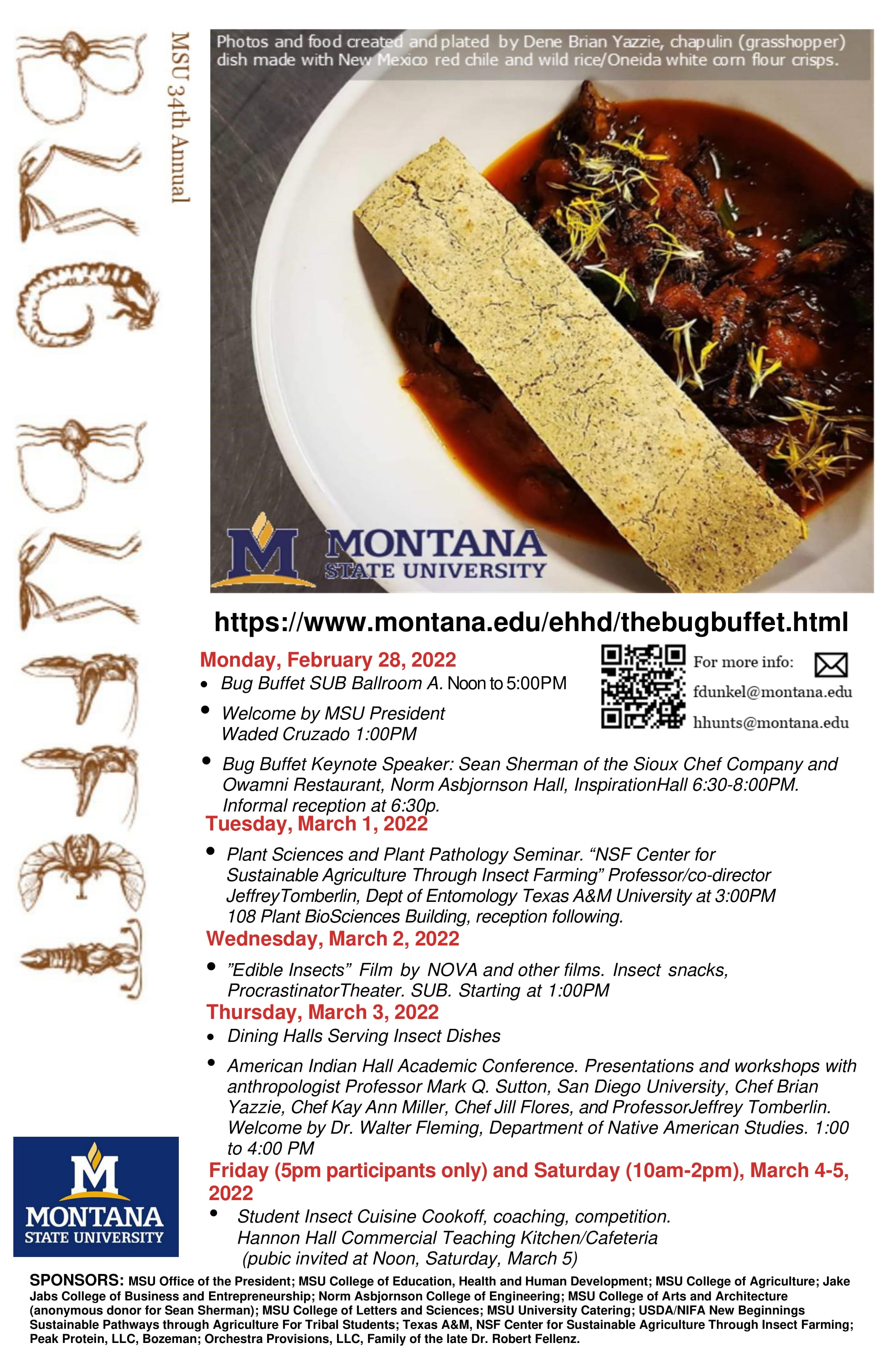 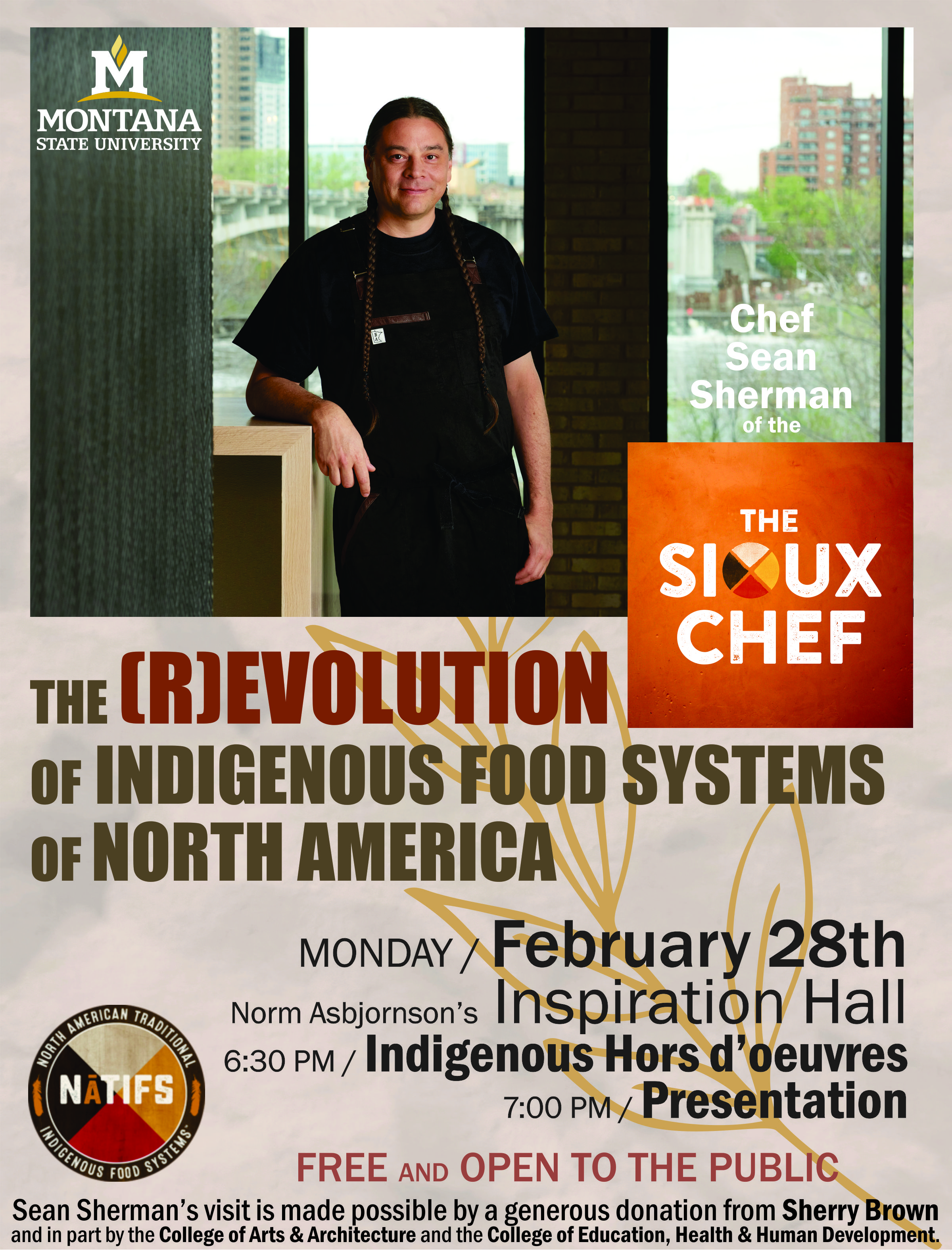 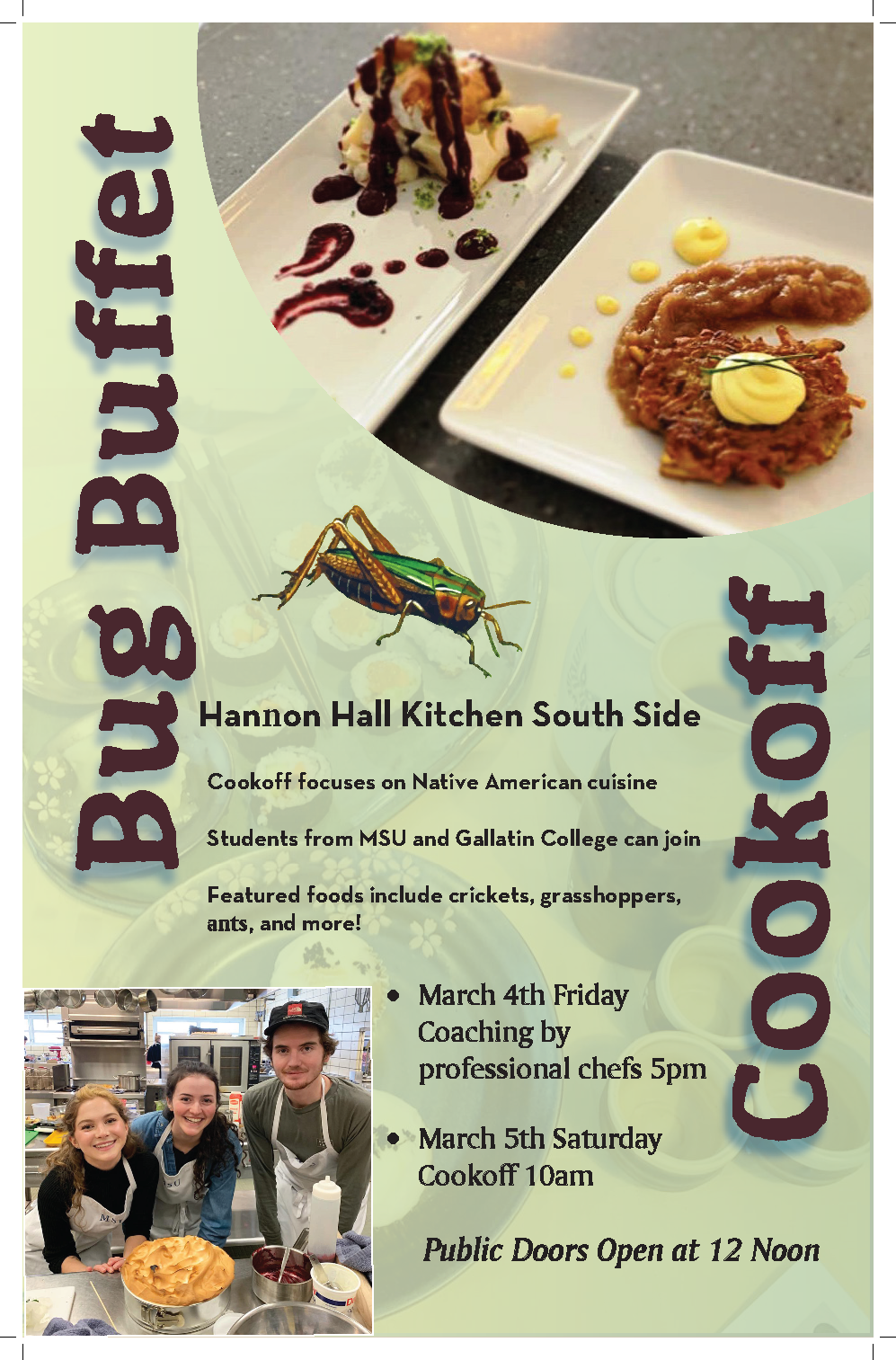 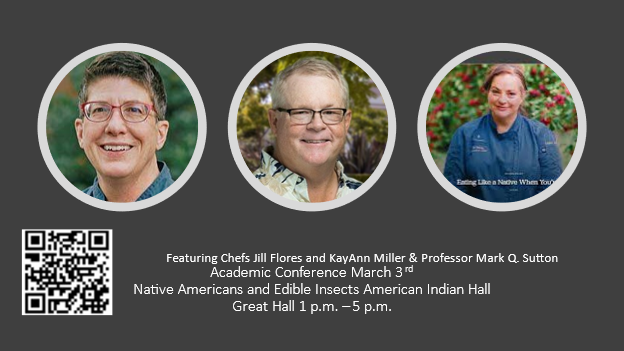 Conference Goal Part 1: Take a deep dive into the colonized, nearly forgotten, history of edible insects in Native American nations of Montana and the Great Basin.

Videos of the past years' events can be viewed here

We are providing free “Bugs-in-a-Box” to the campus community.  The box will be a FREE “taster” of the edible insect dishes featured in the MSU catering menu. Proudly, edible insects are part of MSU Catering’s overall goal of selecting as many ingredients as possible that leave behind a minimal  carbon footprint and as of August 2020, we were the first in the US Land Grant system to put “bugs on the daily catering menu.”

Bugs-in-a-Box snack treats!  Its take out, free, and shelf stable!  On the menu is:

These items do not actually contain shellfish, but we are labelling them as such because people with shellfish allergies (i.e., shrimp, lobster, scallops, clams, etc.) should avoid eating insects because shellfish and insects share common proteins associated with allergic reactions.

Remember food insects are an “ancient future” package of dense nutrients that were, and will be essential to our survival.

More Information regarding the benefits of bugs as food: 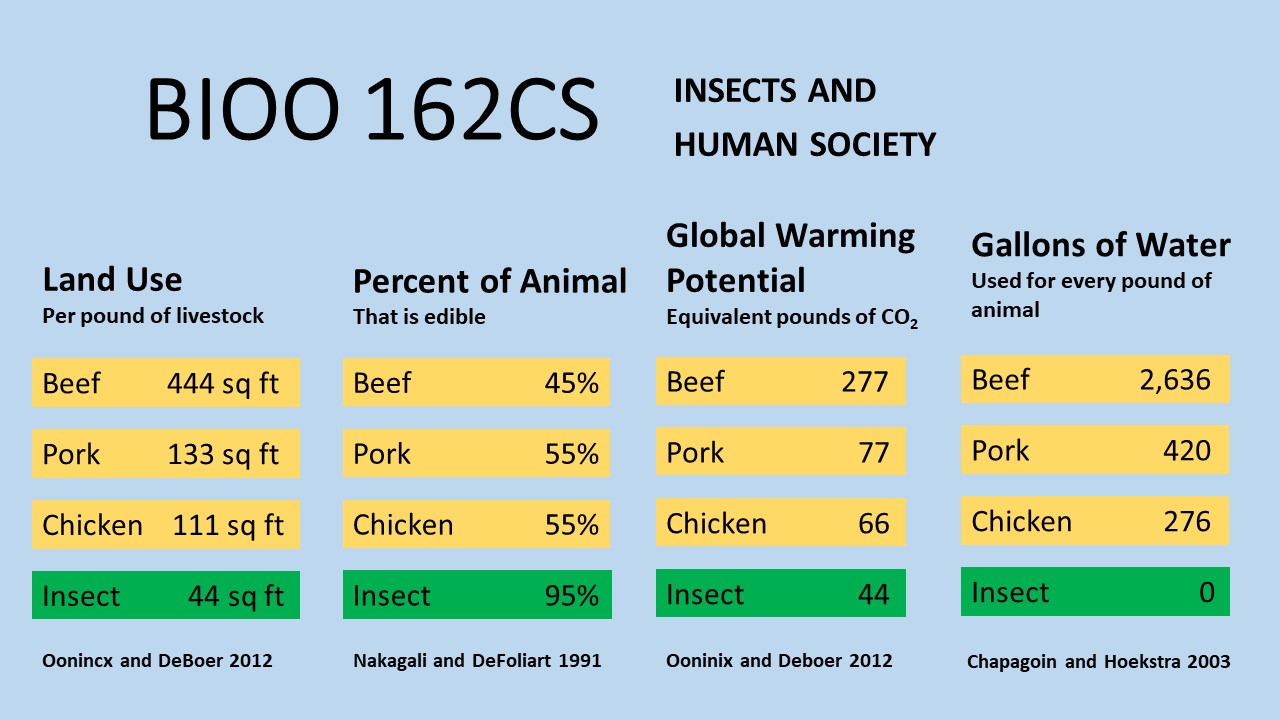 The USDA National Institute of Food and Agriculture has proposed that the environmental footprint of agriculture (water and land use, ammonia production, greenhouse gas emissions, fossil fuel use) be reduced 50% by 2030. Montana is one of the few states in the US that derives much of its income from agriculture ($2.4 billion annually). It is the mission of this committee to raise awareness on campus and within the State of Montana of the opportunities edible insects, insects as a food ingredient, and insects as feed ingredients provide in reducing the footprint of agriculture.

The first Montana State University (MSU) insect feast was held in February 1989 attended by only the students in a University Core course in Technology. The only item on the menu was a Montana grasshopper, Melanoplus sanguinipes, raised on grain and romaine lettuce in the USDA ARS Grasshopper Lab on the MSU campus. A frying pan, portable hotplate, and a pound of butter were the only other supplies and equipment used for the buffet. Within 50 minutes the heaping platter of grasshoppers were consumed. Less than 20% of the 25 attendees were pleased and convinced this was a new food of the future for Euro-Americans.

This annual banquet, always in February, grew to become well-known across campus and within Gallatin Valley. Over the years our guests have included feature writers from the New Yorker, Field and Stream, the Tokyo Times and the Chinese News Service (CCTV) as well as a Canadian documentary film crew who have just released their film, Bugs on the Menu. Twenty-nine years later, the banquet hosts over 850 guests and a seven course menu. The 2017 exit survey indicated the acceptance rating is in the ninety percent range.

The Bug Buffet is now prepared by the MSU Food Service and is more than a campus event. Guests come from local pre-schools, grade schools, middle schools both public and private, and Bozeman High School. It is no longer just a buffet. The event is a week-long series of workshops held in the Colleges of Agriculture, Business, Education Health and Human Development, and in the School of Film and Photography. The entire event is organized by the Bug Buffet Committee in collaboration with a University Core course in Contemporary Issues in Science with an annual budget of from $6,500 in contributions from academic units on campus and corporate sponsors nationally and internationally.

The first edible insect farm in Montana, Cowboy Cricket Farms, L.L.C., Belgrade, MT, was a direct result of the 2016 Bug Buffet workshops in Nutritional Sciences at MSU. Cowboy Crickets recently built their own commercial kitchen in Belgrade, MT, and one of their several products, a post workout recovery cookie is available in shops in Bozeman and on the Web.