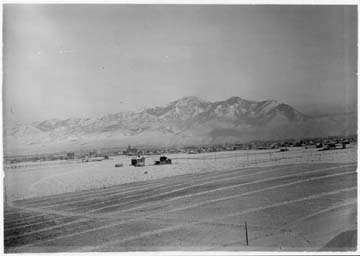 During the Civil War, the United States Congress passed the Morrill Land Grant Act in 1862, giving the states 6.3 million acres of federal lands to create and support not less than one college per state in order to promote the educational fields of science, classical studies, agriculture and engineering.

In 1889, Montana became the forty-first state of the Union under the presidency of Benjamin Harrison, effectively concluding a twenty-five year struggle for statehood. These next few years of Montana's history were rife with political infighting as various communities across the state vied for the right to house state institutions. Bozeman's civic leaders fought long and hard for the glory of having the state capital, but, after a drawn-out battle in the legislature, Helena was awarded the capital and Bozeman the land-grant college.

In the second year of its existence, MAC (Montana Agricultural College), as it was known, offered its first courses in Domestic Science and welcomed its first female students. The Rev. James Reid was elected president and led a faculty of thirteen.

As enrollment rose, the College soon outgrew the Academy building, so a vacant store building on Main St. was rented. Then, as enrollments continued to grow, the College occupied every vacant room in the High School building. Space was at a premium, and any student or teacher who chanced to have an open period between classes had to go home or stand outside. Often two or three recitations were going on a the same time in one room.

By 1896, the cornerstone of College (Montana) Hall had been laid and other construction projects were underway. In June 1897, the first four graduating seniors were given degrees and diplomas. Classes started in the new facilities in March, 1898. Also in 1898, courses in Electrical Engineering were begun followed closely by Biology in 1899 and Civil Engineering in 1900. 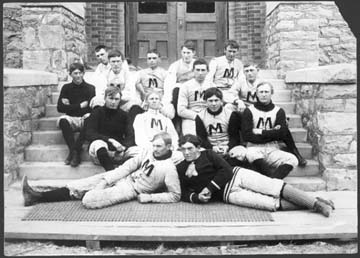 President Reid took it upon himself to curb the rambunctious nature of MAC students. Students until this time had frequented the various saloons and dance halls intown as social outlets where they gambled, drank, and danced. Reid vowed to curtail student gambling and put an end to student dances, where "petting" had become a common practice. In an effort to divert the student interests to, in his view, more productive and spiritually healthy endeavors, Reid promoted new student organizations, clubs, musical groups, and athletics. These years saw a huge jump in the number of these organizations as the College tried to find a way for students to spend their leisure hours. President Read's campaign against Bozeman's red-light district took its toll on Bozeman's back-alley life and on President Reid's health. In 1904, he resigned his post as president of the college.

The new president, James Hamilton, an economist and professional educator, saw the potential of the engineering and mechanical programs that the college offered and sought to turn MAC into "the MIT of the West." He made sweeping changes to the curriculum of the time and coined a motto for the newly renamed Montana State College. His motto, "Education for Efficiency", would remain in place until the 1990s.